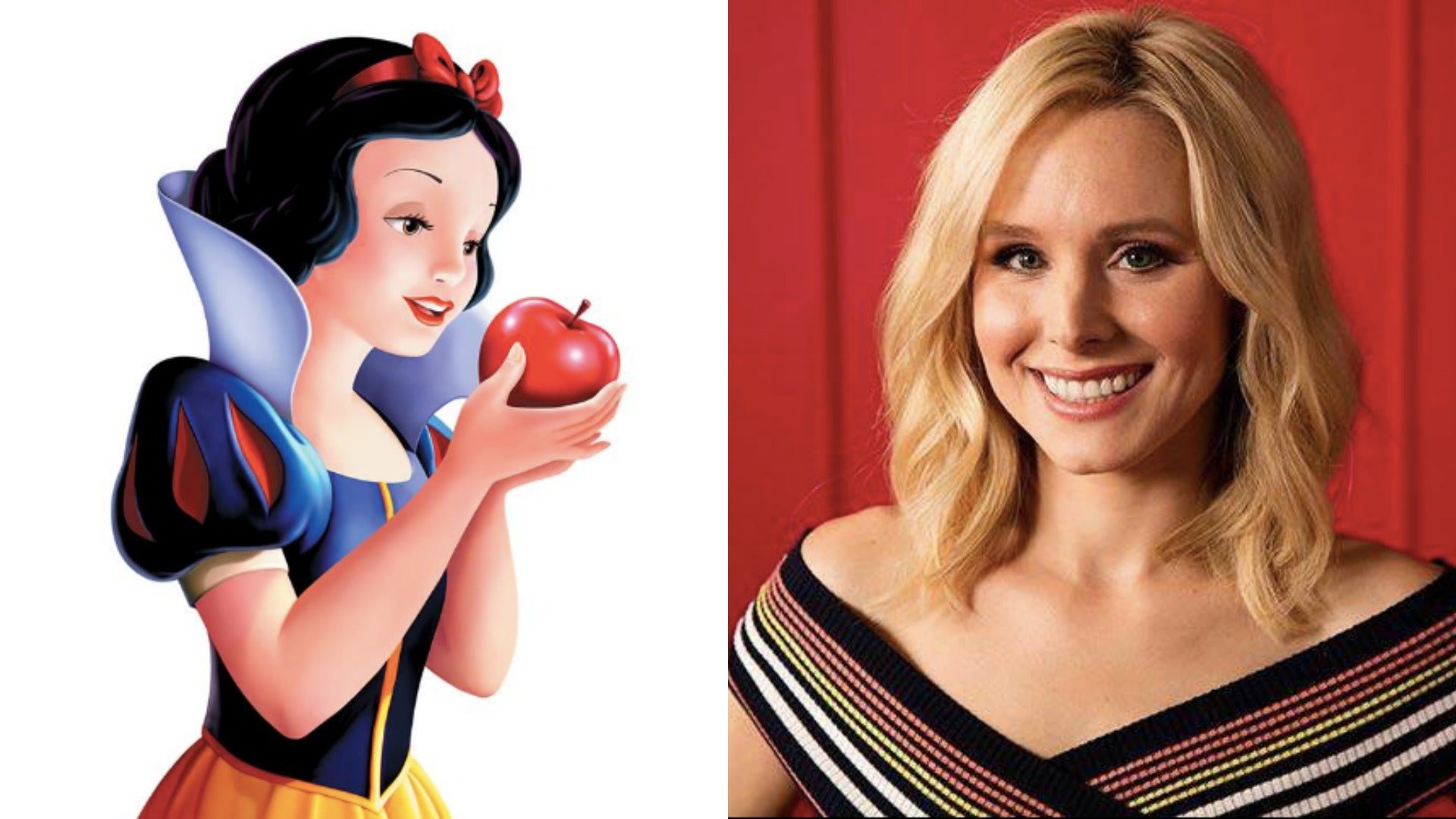 Snow White may be one of the most popular fairy tales ever, but one actress cannot help but question the story of the beloved Disney princess.

Kristen Bell, who voices Anna in “Frozen”,  said she worries that Snow White’s story may be sending a wrong message to kids, especially hers. This she expressed in a Parents Magazine interview published last week, Oct. 11.

She said she reads to her daughters, 5-year-old Lincoln and 3-year-old Delta, every day. “It’s truly my favorite part of the day,” Bell shared. “I glance away from the book and see their brains working while we’re all cuddled up like meerkats.”

In the interview, she revealed that every time she would end the story on Snow White, she would ask her girls questions such as: “Don’t you think it’s weird that Snow White didn’t ask the old witch why she needed to eat the apple? Or where she got that apple?”

Not only did she ask about the apple, she also asked them about the prince kissing Snow White to wake her up, “Don’t you think that it’s weird that the prince kisses Snow White without her permission?” Bell asked her daughters “[because] you can not kiss someone if they’re sleeping!”

Some people had reactions on Bell’s points, such as Teresa Cooper (@TeresaCooper). She said that as a survivor of child abuse herself, Snow White’s story served as a reminder for her that not all men are abusers. “Know the difference between abuse and affection,” she added. 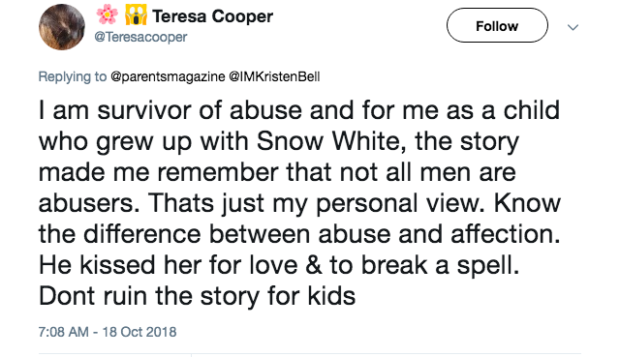 Meanwhile, JGH (@Hubb57) pointed out that the story had attempted murder, witchcraft, a magic mirror and poison. “… but the kiss is an issue,” s/he noted.

“Snow White and the Seven Dwarfs” is a German fairytale published by the Brothers Grimm. It was adapted into a movie by Disney and was released in December 1937 — the first animated feature film released by the company. Katrina Hallare/JB

‘Frozen’ director open to idea of Elsa being lesbian