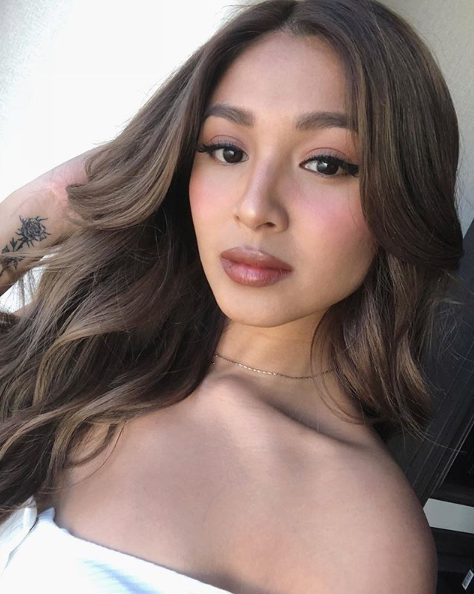 The videos are seen on the IGTV of Lustrous, Lustre’s makeup line with BYS.

Both Lustre and Valenciano have been advocates of mental health awareness, and in the videos they were candid and emotional about their personal journeys.

Lustre revealed that she learned she had depression about five years ago and that she has anxiety.

“I get anxiety from nothing. It’s hard because I don’t know how to solve it,” she said.

She spoke about having good days and finding depression suddenly “creeping up on me.” Initially, she worried about telling friends because of the misconception that she could be going crazy.

At one point, she went on a trip to South Korea with friends and thought of never coming back. She described the feeling: “Lunod na lunod na ako (I was drowning) and I can’t swim.”

Opening up to friends and boyfriend James Reid has helped her manage her emotions. “He taught me to open up and whatever I feel now I should just tell him,” she said of Reid’s advice.

“It’s actually okay to be sad. It’s okay to be vulnerable, it’s okay to show weakness,” Lustre assured. “You’re gonna be able to stand up and be a stronger person.”

Valenciano showed a more emotional side of her as she opened up on dealing with depression and anxiety. “Every day is a bit of a battle,” she said of dealing with mental illness.

She said that it had been two years since she noticed that she was confused as to why she would worry about things. “I personally can’t pinpoint what causes it,” she admitted.

“It feels like there’s a deadline coming. Your hands are clammy,” she described anxiety. “You’re overthinking every single decision that you have to make.”

Teary-eyed, she spoke of feeling misunderstood. “It doesn’t make sense to people outside because it seems like how could you not be OK when you’re living this life that a lot of people want or dream of,” she said.

Like Lustre, having a support system such as close friends helps Valenciano through her mental health struggles. Having an outlet in writing also helps her cope.

She also had a message of hope: “I just want you to know that you’re not alone. And there’s so much more in store for all of us.”  /ra