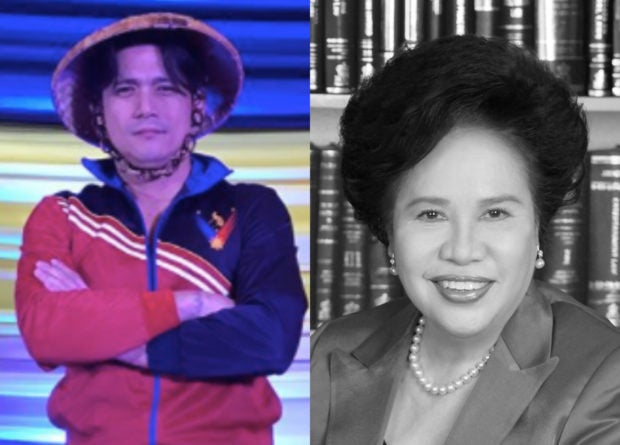 Today marks the beginning of filing of certificates of candidacy for senatorial, mayoral and congressional posts for the 2019 midterm elections. For actor Robin Padilla, if former Senator Miriam Defensor-Santiago were still alive, she would not let him run for Senate.

“Si Senator Miriam Santiago ay ninang ko sa kasal katunayan nagpunta pa siya sa Bilibid noong ako’y kinasal (Senator Miriam Santiago is my wedding godmother, truth be told, she went to Bilibid when I got married),” wrote Padilla in an Instagram post today, Oct. 11. He was recounting the time he married ex-wife Liezl Sicangco while serving his jail term for illegal possession of firearms at the National Bilibid Prison in 1996.

Padilla said he cannot forget Santiago’s words: “May misyon ka rito (prison) kaya magtiis ka muna.” (You have a mission here in prison so better endure in the meantime).

He said Santiago was not wrong, as no prisoner in Bilibid could accuse him of having been abusive or of doing nothing while in rehabilitation, particularly those who were released after Republic Act No. 10591, an “Act Providing for a Comprehensive Law on Firearms and Ammunition and Providing Penalties for Violations thereof” was signed into law in 2013.

(Perhaps if my godmother is still alive and she learns that I am being persuaded by friends and acquaintances to run, because of my high ranking [in the senatorial poll], she will probably summon me to her retirement house and tell me, in my face, that I am not suitable for the Senate.)

(You are not suitable to be with tinsel-like people. People who think of money as God. People who worship peso.)

Padilla stated that Santiago will straightforwardly tell him that he will be killed and silenced should he run for the Senate.

“That is no place for lions because that place is a crocodile farm,” Padilla assumed Santiago’s likely remark. “You will be eaten alive in their very muddy and stagnant little pond.” JB