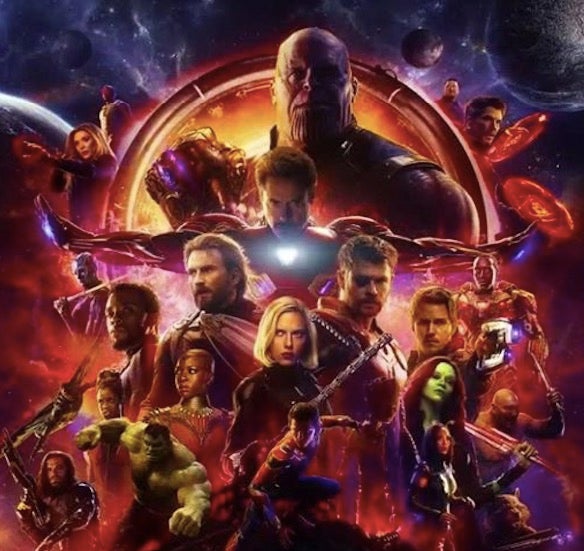 The Russo Brothers, directors of “Avengers: Infinity War,” teased fans of the last “Avengers” film’s title with a black-and-white snapshot.

The directors had fans confused and arguing after they uploaded a seemingly innocent black-and-white snapshot on Instagram and Twitter on Wednesday, Sept. 19. The Russos then added the cryptic caption “Look hard…” which left “Avengers” fans looking and thinking hard about what it meant. 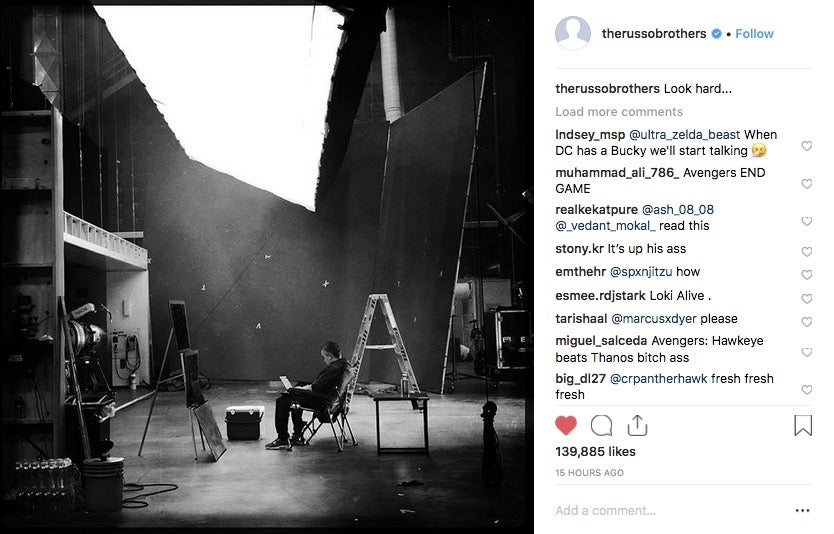 Since “Avengers 4’s” full title has yet to be revealed, fans began guessing different titles based on what they saw from the picture. One of the more prominent guesses was “End Game,” which fans spelled out from the different objects shown on the photo. 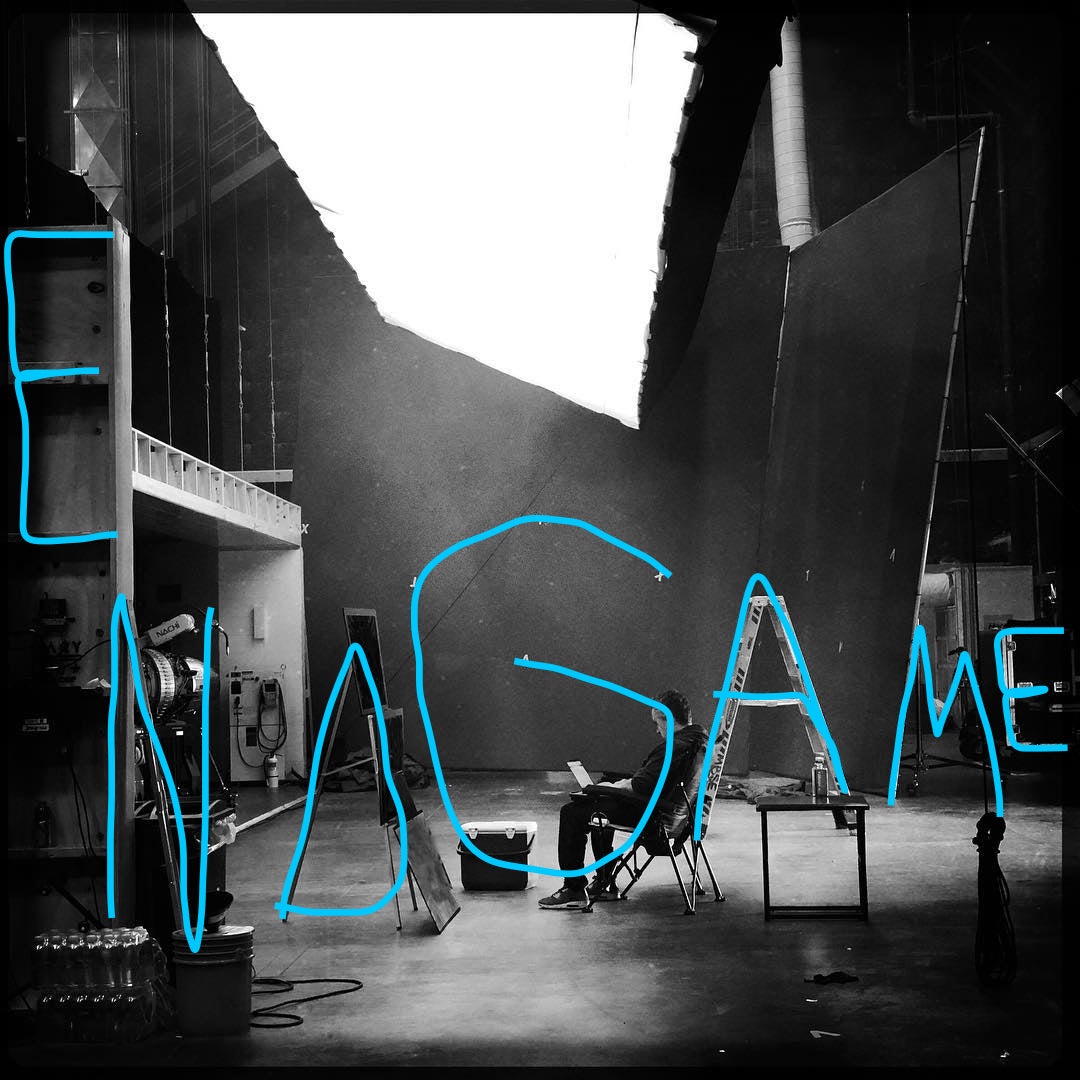 Another guess was “Avengers Assemble,” based on the letter “A” shape made by the easel and the ladder in the back. This, however, was quickly discounted by other fans because it was apparently used in some overseas releases of the first “Avengers” movie. 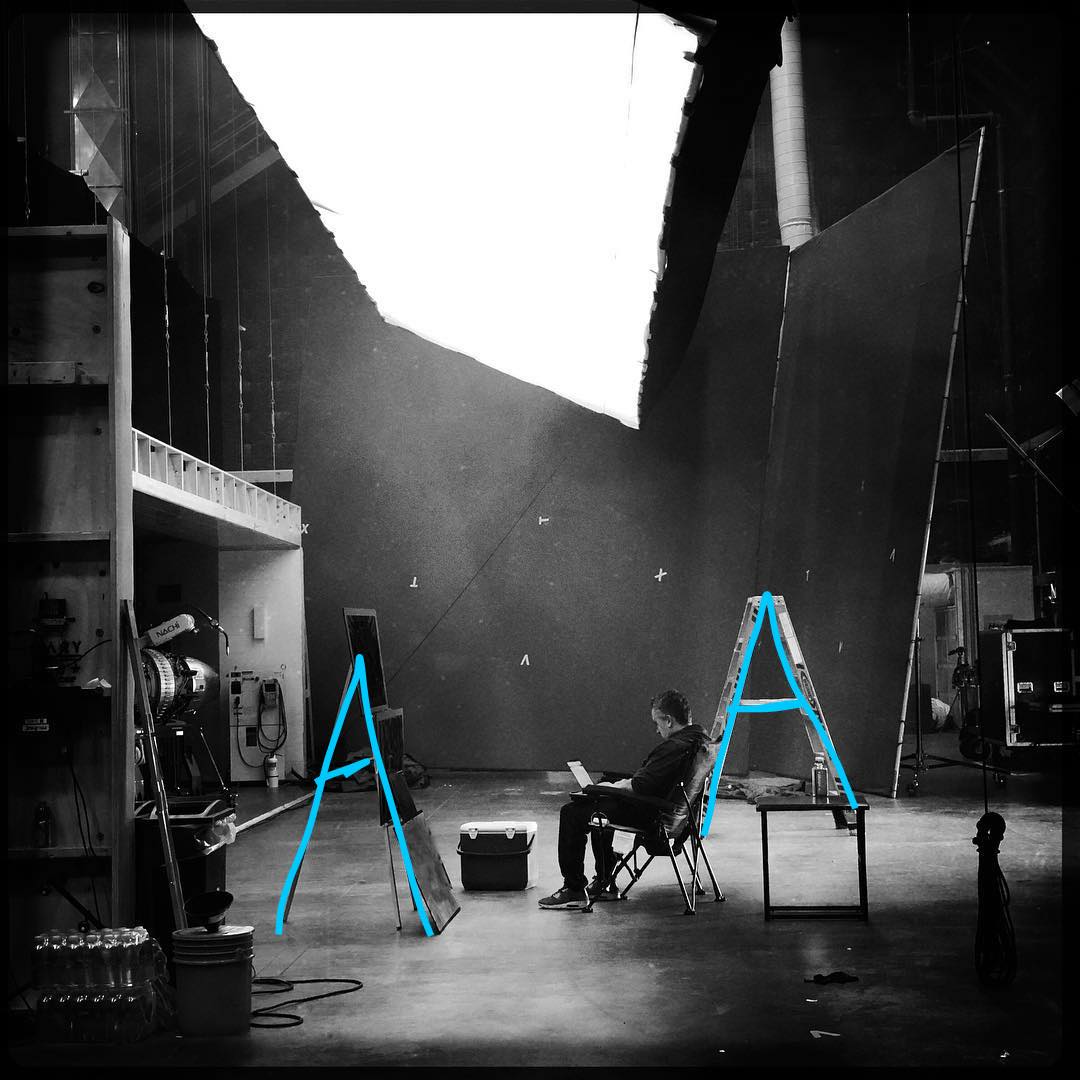 One theory deviated from forming letters from objects, focusing instead on letters already written. Some of the fans took note of the word “MESE” written on one of the legs of the ladder. Instagram user “@air_choc” pointed out the word’s meaning of “month” in Italian and suggested a trailer may come out in a month’s time. 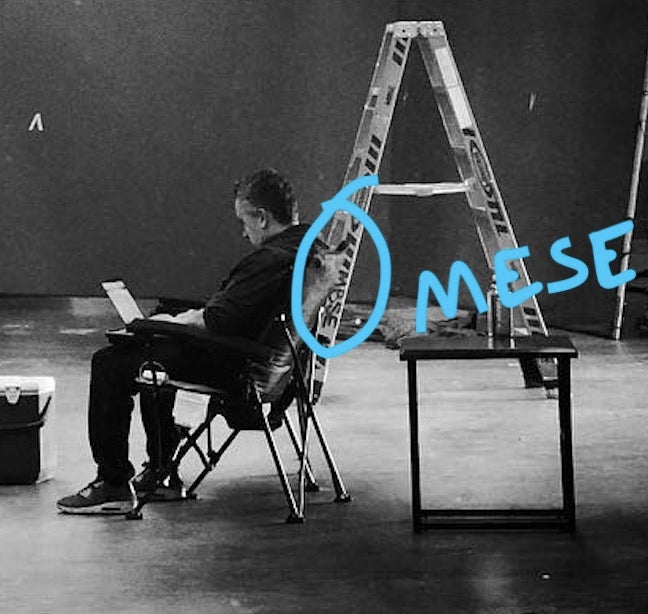 Twitter user Daniel Conder (@ThisOldNerd) found something else entirely, namely a miniaturized Ant-man on the wall. 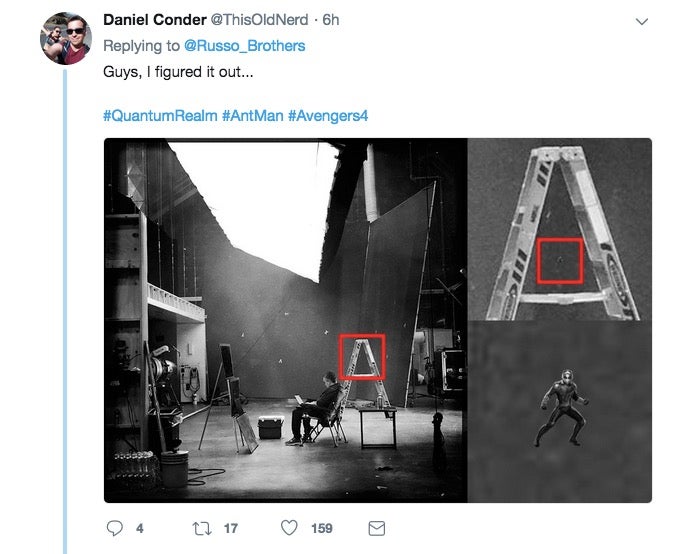 Amidst all the speculations and discussions, Twitter user Jonathan (@DenzelPitt) called out what may be the most obvious item of all: the directors may just be trolling the fans.