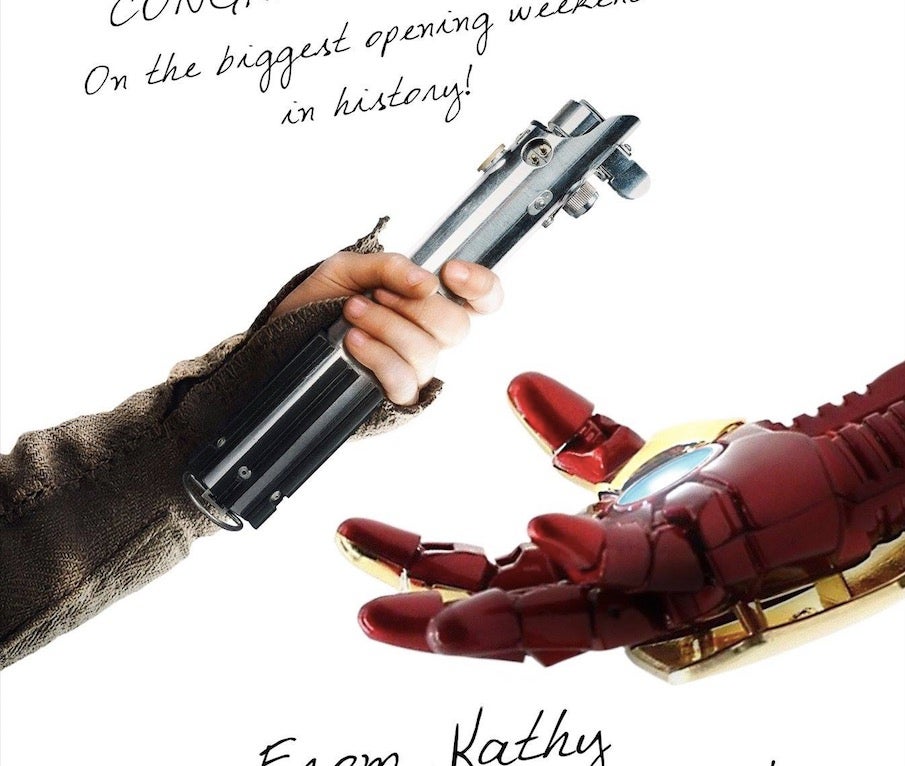 A post on the “Star Wars” Facebook account today showed a hand passing on a lightsaber to what appears to be Iron Man’s power-suit glove. It should be noted the act appears similar to Ray holding out the lightsaber to Luke Skywalker at the end of “Star Wars: The Force Awakens.” “Avengers: Infinity War” had its world premiere on April 23 in Los Angeles, USA. The film then opened to public theaters on April 27.

The image on the post includes text that reads, “From a Galaxy Far, Far away… to Earth’s Mightiest Heroes. CONGRATULATIONS On the biggest opening weekend in history!”

It is then signed by producer and Lucasfilm President Kathleen Kennedy. 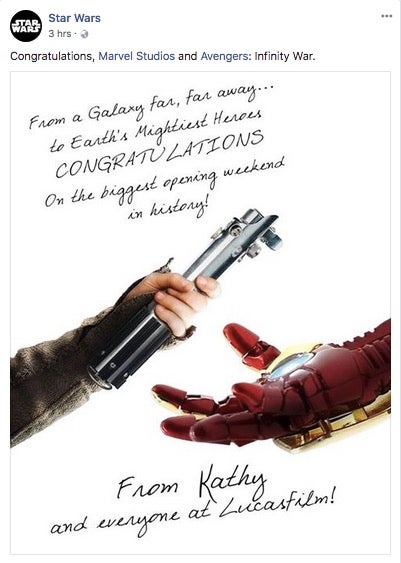 The record for highest opening weekend at the box office previously belonged to “Star Wars: The Force Awakens” when it opened to theaters on Dec. 18, 2015. The film debuted with $248 million at the North American box office.

With both films belonging to the Disney company, “House of Mouse” now owns nine out of the top 10 opening weekends in history. Six of these spots are occupied by Marvel movies.

So far the global box office opening for “Infinity War” amounts to $630 million. This may still go even higher when the film makes it to Chinese theaters on May 11.  /ra