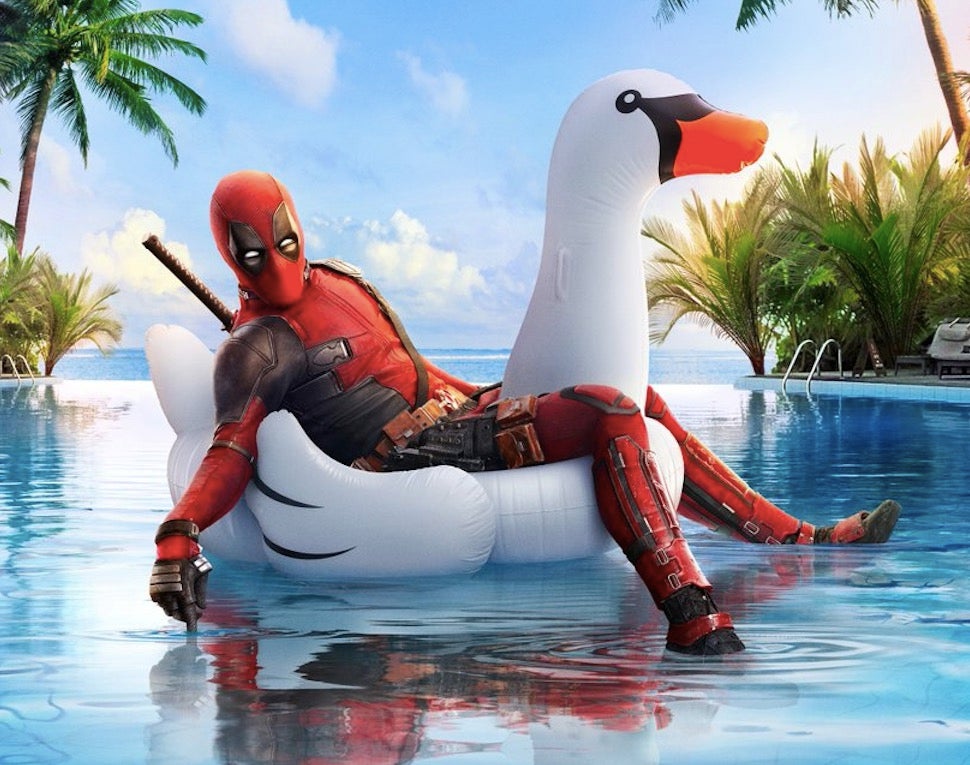 Ryan Reynolds continues to own up to the Deadpool persona when he congratulated the success of “Avengers: Infinity War” despite getting a rejection letter from Tony Stark, when he asked Stark if he could join the team as Deadpool.

A tweet by Reynolds on April 29 said, “From a guy who never knows when to quit, I’m glad you guys never did. Congrats #Avengers.”

It also showed a letter signed by Tony Stark. The millionaire behind Iron Man said Deadpool absolutely cannot join the Avengers and he should go bother Professor X instead. The Twitter post has been retweeted over 94,000 times and accumulated almost 360,000 likes as of this writing. 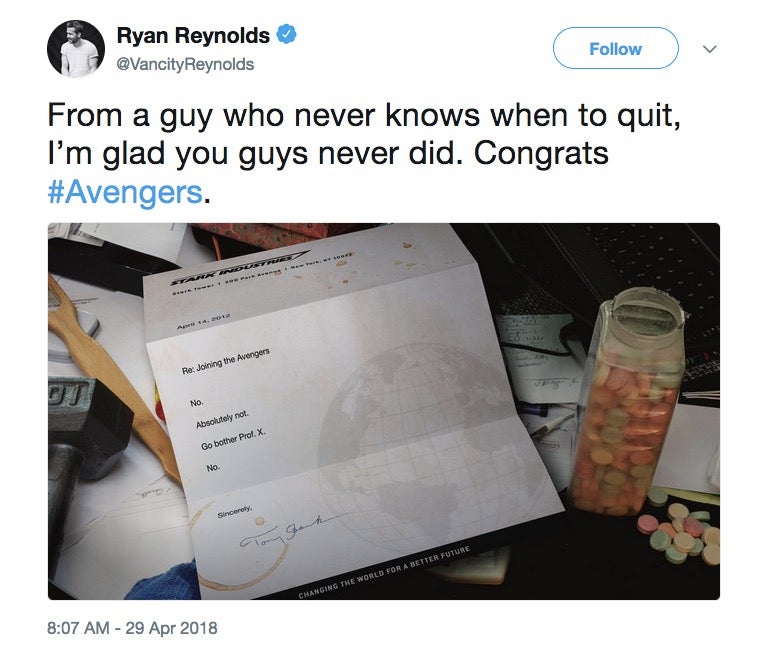 Since getting the role of the immortal mutant Deadpool in 2016, Reynolds has had a lot of fun greeting people on special occasions and promoting the movie franchise at the same time.

Using the Deadpool persona, Reynolds greeted “Deadpool 2” co-star Josh Brolin on his birthday. Reynolds tweeted an old photo of Brolin during his time in the movie “The Goonies” and a snapshot of his current role as the time traveling cyborg mutant Cable.

Reynolds also congratulated “Wonder Woman” for her impressive B.O. when the film earned over $745 million worldwide at the box office.