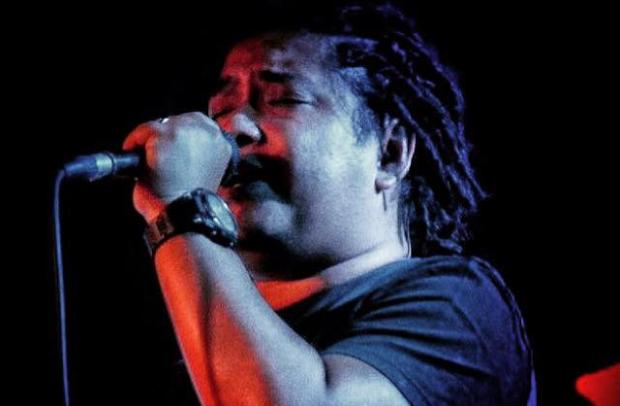 Thus goes part of the lyrics of the song entitled “Yonip,” written for and about Filipinos by Mike Luis, lead vocalist of the horns-driven
funk and jazz group Brass Pas Pas Pas Pas.

According to Luis, he has always wanted to write a song about love for the Philippines, about being a good Filipino and that he was inspired by original Filipino songs written by other songwriters who talked about a similar love for their homeland.

“Over time, the music and the words just came together for me. The message is just to love your heritage and that we Filipinos are
great,” says Luis.

He finished writing “Yonip” at the same time that Brass Pas Pas Pas Pas, composed of some of the country’s leading session musicians with Francis de Veyra at the helm, was looking for songs for its debut album cheekily called “Greatest Hits.”

“I thought the song sounded like it needed a brass section. It was really meant for Brass,” says Luis, who is also a vocalist of Freestyle.

And so “Yonip” became part of 11-track “Greatest Hits” album released in August 2016.

A video to accompany the song – which was launched last Friday at Tomato Kick on Tomas Morato in Quezon City – magnifies the message of pride in being Filipino.

Guesting at the music video launch are Stick Figgas, Kat Agarrado, Banna Harbera and Malana, along with Diego Mapa and Shaffer.

Directed by Cha Roque, the “Yonip” video features Filipinos from different walks of life, who were only too happy to be part of the video.

The video, co-produced with artist-activist organization Dakila, features clips from some of the live gigs around town of Brass Pas Pas Pas Pas and one day was dedicated to a shoot in the streets, with commuters, workers doing everyday tasks.

“It was fun shooting at the pedestrian overpass with all sorts of people passing by while I was singing the song. It was also fun coaching random everyday people to sing the chorus,” he adds.

With the co-production, Dakila, of which de Veyra and Roque are members, can use the video for its projects and advocacy work.