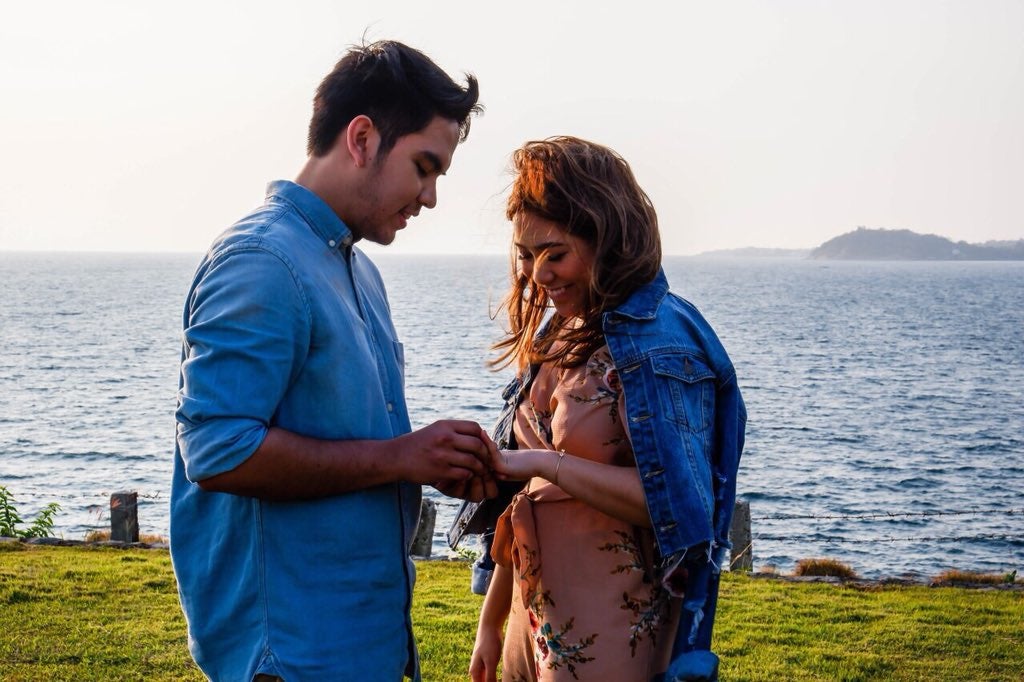 Moira Dela Torre got the surprise of her life when her best friend Jason Hernandez proposed, right at the end of her latest music video.

Dela Torre filmed the music video for her new single “Tagpuan” without the slightest idea that she would get engaged by the end of the shoot.

Directed by John Prats, Dela Torre described the music video as the story of her life during an interview on the evening talk show Gandang Gabi Vice, April 29. The video was also debuted in the show.

According to Hernandez, as far as Dela Torre knew, the last scene was supposed to be just him and her coming together for the shot on the cliff. Dela Torre did not know that Hernandez and Prats had already been conspiring to set up the proposal while planning for the music video.

(I’ve been imagining this moment since I was 7 years old. Even as a child, I was already being dramatic. I tried to plan this moment to make it perfect, as perfect as possible.)

At this point he pulls out the ring while Dela Torre struggles to hold herself together. After a nervous laugh from the couple, Hernandez said, “I have never been more sure, and I’ve never been more ready my entire life than this moment. Because I have the best wingman with me and I know na Sya (God) nag orchestrate nito.”

Going down on one knee, he popped the question, “Will you marry me?” To this, Dela Torre sobbingly whispered, “Yes” before being embraced by her now-fiance.

The singer also spoke about her joy on a tweet and Facebook post yesterday, April 29, writing, “On a cliff at sunset, my best friend asked me the easiest question I have ever had to answer. I love you my Jason.” 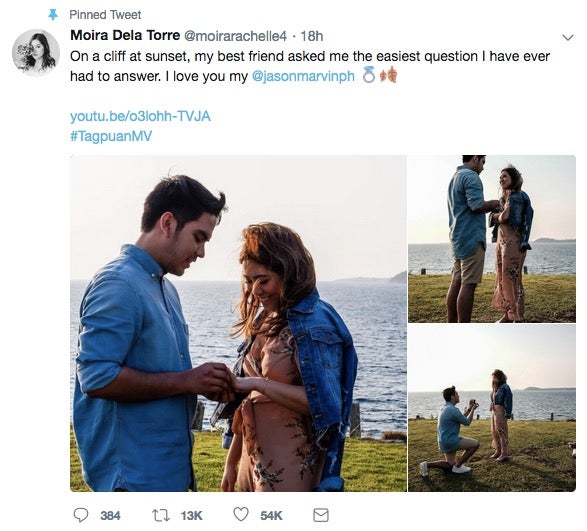 Dela Torre and Hernadez had been friends for seven years, then became best friends for three years. The couple recalled that they weren’t romantically attracted to each other when they first met.

She teased Hernandez that when they met, he was “suplado, may putok (indifferent, had body odor).”

Dela Torre revealed it was Hernandez who gave in first and started to pursue her. Marvin recalled falling for Dela Torre when he saw her preparing a Starbucks planner gift for her mom.