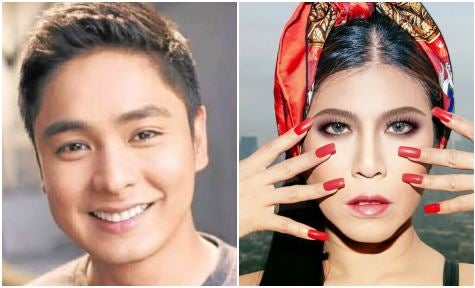 Kapamilya superstar Coco Martin once again extended his help, this time to former singer Mystica (Ruby Villanueva in real life) after the latter turned to Martin for assistance. Mystica had long wanted to come back to show biz and took to social media last Aug. 25 when she tearfully asked Martin if he would also give her a chance.

It was in 2016 when Mystica went on an expletive-filled tirade against now President Rodrigo Duterte, with her video going viral as she was bashed by supporters of Duterte. Mystica, however, has since apologized for the video and shared that she has suffered the consequences of her actions.

As she tries to get her life back on track, Mystica shared in her video that she turned to Martin because he is known for helping past stars in their return to show biz. Recently, Martin supported former child actor CJ Ramos by giving him the chance to appear in his top-rating action series “Ang Probinsyano.”

It’s known that Ramos was arrested in a drug buy-bust operation last July 31. Following his release in August, Martin shared on the same month that he tried to contact Ramos so he could help him out.

Now, Martin has done the same for Mystica, who took to social media once again to express her joy. Mystica shared on Facebook Sunday, Sept. 16, that Martin had granted her wish to join “Ang Probinsyano,” adding that he also helped her husband, Troy, by bringing him into the show.

In her Facebook post today, Sept. 17, Mystica shared to her loyal fans that they were on their way to their “Ang Probinsyano” shooting.

Martin is definitely no stranger to hardship and it’s clear why he has a heart for those who are struggling in getting by. Back in August, Martin shared that he used to drive a tricycle just so he would have school allowance.

Coco Martin used to drive a tricycle for his school allowance