Life begins at 40 for Lea with US indie film 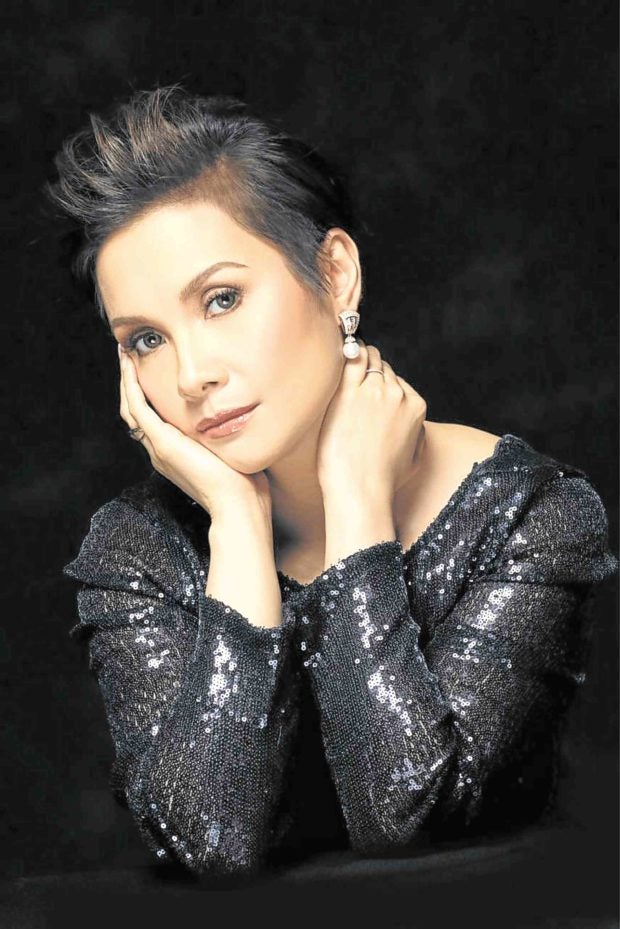 Singer-actress Lea Salonga broke the news in her Backstory column on Aug. 23, that she is making her big-screen comeback, since 1995’s “Sana Maulit Muli,” via “Yellow Rose,” an indie movie by US director Diane Paragas.

As bonus, she will share the screen with another “Miss Saigon” alumna, Eva Noblezada, in the drama film. (Lea originated the role of Kim in 1989, while Eva reprised the same part in the musical’s 2014 revival. They both headlined the show in London before moving to Broadway.) Lea plays the aunt of Eva, an aspiring country singer whose mother (Princess Punzalan) was deported in the film.

“Yellow Rose” is a fitting way to celebrate Lea’s 40-karat anniversary in show business. In an exclusive interview with the Inquirer, Lea looked back on the shoot: “It was fantastic! My scenes with Eva were among the first to be filmed, so we got to hold each other’s hand figuratively for those first days.”

In more ways than one, they were both feeling their way around the set, she admitted. It was Eva’s film debut, while it was Lea’s return to the movies after 23 years. Fortunately, their director was behind them, every step of the way.

Lea recounted: “Diane knows what she wants, and how to tease a performance out of her actors. Diane’s 3-year-old daughter Sophie plays my kid in the movie, and she’s such a natural actor, too!”

It’s not really a musical, she clarified. There’s music, because Eva’s character dreams of becoming a performer. “I sing one song, a cappella, to lull my daughter to sleep,” she volunteered.

It was a frantic two-day shoot in Austin, Texas. “We didn’t have a lot of time to do our stuff as the shooting schedule was an abbreviated one, but Eva did her homework, and her work in it is courageous. People will fall in love with her.”

The shoot was so hectic, she didn’t get the chance to chat with the other Filipino cast member, Princess. “All we got to do was share a quick ‘hello!’ We don’t have any scenes together at all,” she recalled.

Lea herself is stumped that she is still at it, four decades after wandering onstage at age 7 for the Repertory Philippines play, “The King and I.”

She gasped: “Forty years? Isn’t that usually when the midlife crisis happens? However, instead of splurging on a brand-new Ferrari, I’m doing a concert to celebrate! All joking aside, this is quite a milestone in a business as cruel and fickle as this one.”

Being prepared for the unpredictable ride that is show biz is precisely the piece of advice she would like to share with younger performers, like Eva and the kids she mentors in “The Voice.”

“One minute you’re on top of the world, and the next you’re at the bottom of a dung heap,” she remarked. “One tip I can give is this: Remain humble and grateful. I’m not saying to grovel in thanksgiving at every opportunity, but to remember the people who have helped you on your ascent up that ladder. Don’t let arrogance creep in. And never, ever believe your own press release. Make sure you have truth tellers in your corner, as sycophants will just ruin you.”

While we’re on the subject of having an attitude of gratitude, she looked back on precious lessons learned from mentors, Repertory Philippines’ Zeneida “Bibot” Amador and Baby Barredo and “That’s Entertainment” host German Moreno.

“Tita Bibot used her very large voice to grab attention, and Tita Baby had an ear that you could not fool,” she pointed out. “It was both of them who taught me discipline and the importance of teamwork. Kuya Germs, who clearly had his pulse on the masses, taught by example. He was just the kindest man.”

And, of course, there is her indefatigable mom, Ligaya, the mighty wind beneath her wings. “When I do a great show, that’s how I thank my mom,” she asserted. “None of this would be possible without her. What she did, what she was able to do… I don’t think I could ever thank her enough for that.”

Now, Lea gets to walk in her mom’s shoes, as her own daughter Nicole has been bitten by the acting bug, as well.

She didn’t exactly jump up and down in excitement when Nic expressed interest in auditioning for a part in Atlantis’ “Matilda.”

Her thought bubble read: “Really? Anak, this is hard, are you sure?”

Later, she conceded: “I had to let her try. She had to learn her audition song, and really put her nose to the grindstone in rehearsals. I’m thankful that the grownups taking care of her pushed her hard. She’s a much better person as a result. Also, my mom was always around as I was already working on ‘Once On This Island’ in New York at the time.”

Needless to say, “Nic was in great hands.”

Read Next
Pepe Herrera: I see my mom in Ritz Azul
EDITORS' PICK
SM continues to send relief assistance to remote towns in Batangas
Batangas execs, Taal evacuees thank House; hopeful on rehab efforts
‘A greener, cleaner tomorrow’: A how-to guide for Filipinos who want to help with today’s energy crisis
5 years after Mamasapano, son of fallen SAF 44 trooper remembers his ‘idol’
Get exciting deals and discounts when you download the new McDonald’s App
PAL: Passengers with flights to parts of China may request for refund, rebooking
MOST READ
Dina Bonnevie on Coney Reyes: We have forgiven each other
No time for revelry; Tagaytay instead plans for alert level 5
Megan Young, Mikael Daez get married
Taal’s sulfur dioxide emission increases
Don't miss out on the latest news and information.