What Janine discovered about Alden 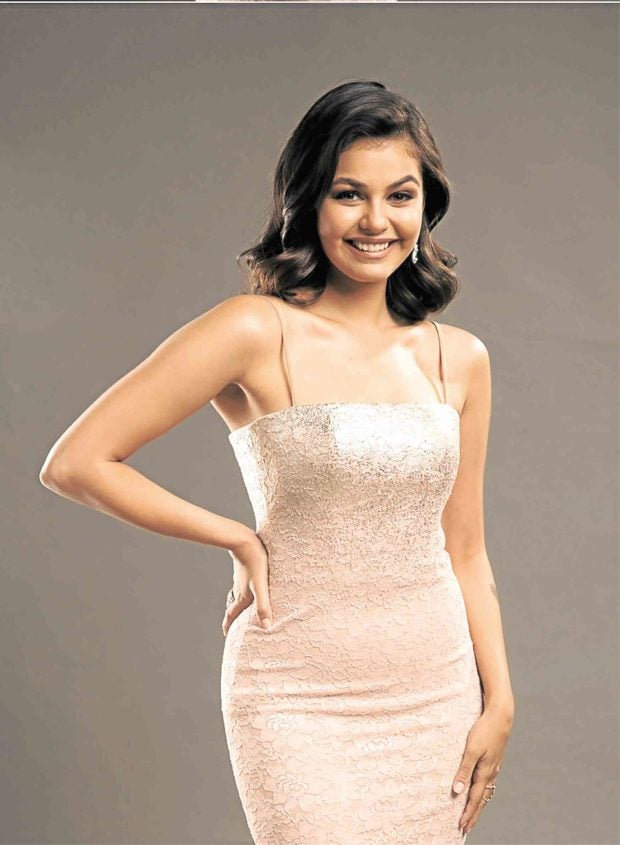 Janine is also revved up for her upcoming movie, “Elise.” Career-wise, everything is coming up roses. As for her love life, Janine begged off from answering questions about her rumored boyfriend, Rayver Cruz. Sometimes, it’s better if celebs keep their romance low-key lest it goes off-key.

Here’s my chat with Janine:

What challenges you about your role in “Victor Magtanggol”? In my role as a news reporter, it’s difficult to keep calm and deliver my lines well when effects are exploding around me and people are running and screaming. It’s also challenging that we have scenes where we can “see” things happening around us or monsters attacking when, in truth, there’s really nothing there, because the effects will be added later on. It’s make-believe to the highest level.

What did you discover about Alden Richards on the set? He treats us all like family and goes out of his way to make everybody feel comfortable. What surprised me was that he’s so funny and enjoys goofing around.

What’s the best and toughest part of being part of a fam that’s “show biz royalty?” Expectations from other people and from yourself. You’re not sure if you want to be like them or forge your own path. It took me a while to figure out what I wanted to do with my career, but until now, I’m still trying to get to know myself better and see what my ultimate goal is.

The best part is, you have an army behind you! You have a library of knowledge and advice, and there is so much inspiration around you from the different talents of your family.

How’s your relationship with Mamita (grandma Pilita Corrales)? I see her every weekend. Not too many people know how hilarious she can be. When my new TV ad came out, I asked  her, “Mamita, is it OK that I kissed a male model twice?” She shot back, “Yes, of course. You could have even kissed him 10 times.”

In what way would you want to be like your Lola Guy (Nora Aunor) and Mamita? To lead by example.

What do you like most about your mom Lotlot de Leon’s fiancé? I love that they go on adventures together. He really takes good care of Ma. Her happiness is all that matters to me and my siblings.

How are things between you and your dad (Monching Gutierrez)? He’s just a call away. We watch movies and have dinner often. He visits me on the set of “Victor Magtanggol.”

Christian Bables has cemented a place of his own in the acting world after his recent triumph, a special jury award for his outstanding performance in “Signal Rock,” at the Pista ng Pelikulang Pilipino.

Describing his acting style, Christian says, “Each actor has his own style of dealing with life. That is the main purpose of acting—to deal with the truth of life.”

It may sound weird, but Christian dreams of playing a suicide bomber. He refuses to be defined by popularity alone, saying that being famous is just part of being an actor.