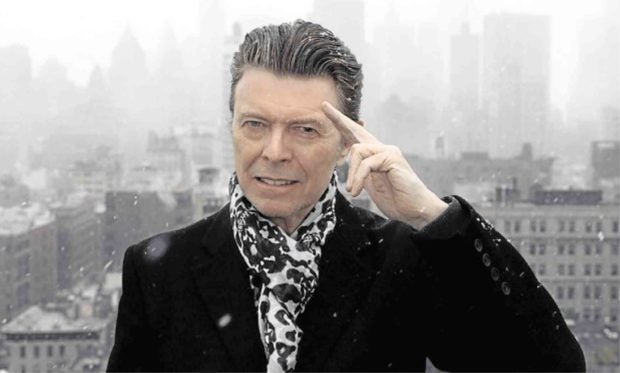 Iconic rock star David Bowie was touring in the early 2000s, having the time of his life at last, after several decades in the business.

But, while he was lively for almost the entire time—which made his shows memorable to his musicians and fans—the unthinkable eventually happened: He suffered a heart attack at the end of his last concert. This would lead to a long but ultimately fruitful hiatus, according to Francis Whately’s revealing documentary, “David Bowie: The Last Five Years.”

The English musician, who died in 2016, described his otherworldly artistry in his own words. Viewers also see his art through insightful interviews with former collaborators.

The docu, which recently streamed on HBO Go, gives a glimpse of the creative process involved in the making of his last two albums—2013’s “The Next Day” and 2016’s “Blackstar.” The revered music artist’s evolution is depicted, if encapsulated: From his folk troubadour-ish days in the 1960s, to his eccentric transformations into his androgynous persona Ziggy Stardust and beyond, the artist’s genius is easily apparent.

It’s no surprise, then, that Bowie, who recorded 27 studio albums in his lifetime, was shown as prolific as ever during his remaining years, a period when he was gravely ill.

Still, his creativity astonishes—having dreamed of crafting his own musical for decades, he managed to come up with a stage production, “Lazarus,” starring Michael C. Hall. It featured some of his more unearthly but catchy songs.

His candor and odd sense of humor are clearly shown in old footage. In one clip, the chameleon-like singer berates an “intrusive” cameraman during an interview—or at least it just looks that way.

Bowie’s “anger” quickly gives way to an unsettling smile seconds later. How professionally he dealt with people is detailed by his longtime coworkers, and even by a designer who helped with an album cover.

Also interesting is his understanding of fame; while Bowie didn’t really like it apart from the perks, he knew that it was necessary for the many opportunities for artistic growth.

Shedding ample light on the enigmatic figure but keeping his mystique intact, “David Bowie: The Last Five Years” shows snippets of a life well spent and, despite his unfortunate struggles near the end, a last hurrah befitting an irreplaceable icon.