A confident Elton John kicks off farewell tour with flair 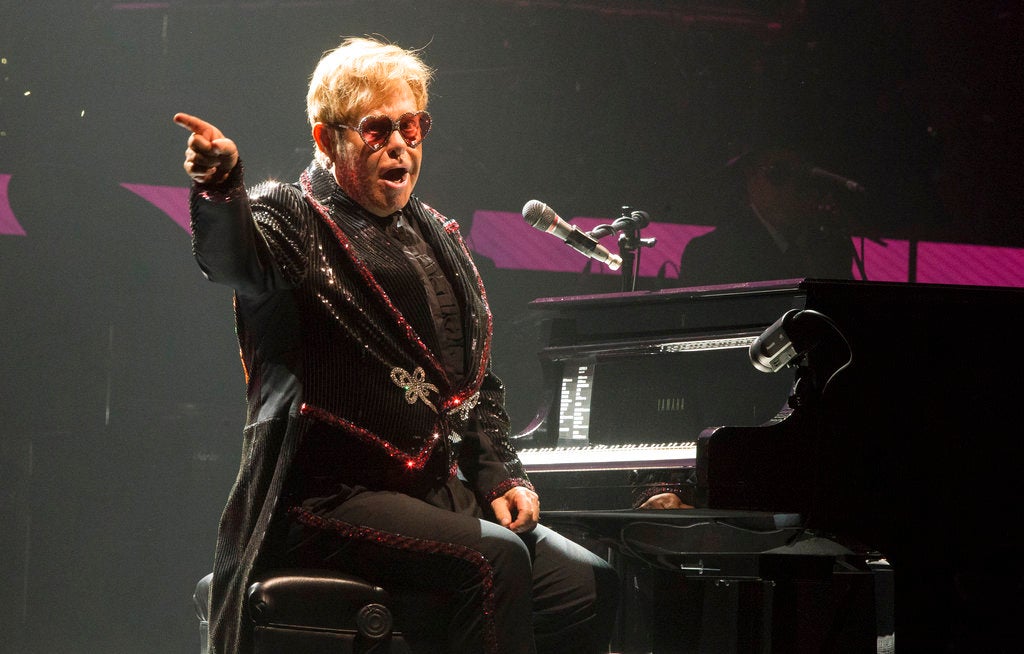 Elton John performs in concert during the opening night of his “Farewell Yellow Brick Road World Tour” at the PPL Center on Saturday, Sept. 8, 2018, in Allentown, Pa. (Photo by Owen Sweeney/Invision/AP)

PHILADELPHIA (AP) — After 90 minutes of nonstop singing and piano playing — which had the audience on their feet and desperately waiting for more — Elton John returned to the stage dramatically, and epically.

There was the sound of loud thunderstorms, dark blue, smoky lights surrounding the arena, and a grand, candle-lit chandelier on the large screen — all while music in the vein of Michael Jackson’s “Thriller” played in the background.

A strong light beamed from the ceiling to John’s piano as if he were Batman. After all, his performance was heroic.

The Rocket Man, who kicked off his Farewell Yellow Brick Road Tour about 60 miles from Philadelphia on Saturday, sang like a confident, electrified pro in the City of Brotherly Love on Tuesday. It was the second show on his 300-date tour set to reach five continents, stretching into 2021. He will retire from the road after the shows.

John’s custom Gucci blazer was covered with pink flowers and green stems — which matched his pink shoes and green glasses with rhinestones — when he emerged to sing again, as his piano smoothly moved from one end of the stage to the center.

His performance throughout the night was so rousing that concertgoers, ranging from thirtysomethings to people about John’s age (he’s 71), reacted in various ways: Some recorded every moment with their cell phones like anxious teenagers, while others danced without a care, yelled every lyric and played the air-piano. Others calmly took in the energy from their seats — after all, it was a school/work night.

The nearly three-hour concert began with “Bennie and the Jets,” as John pounded away at the piano and took in a long applause at the song’s end. He was backed by an equally talented six-member band at the Wells Fargo Center and said Tuesday’s show marked an anniversary: he first played in Philadelphia on Sept. 11, 1970.

“There’s been one common denominator throughout (my musical) journey — you guys out there,” he said to the fans. “You bought the singles, the albums, the 8-track, the cassette, the CD, the DVD, the merchandise, but most of all, you bought the tickets to the shows.”

“You have no idea how much I love to play live,” he continued. “Ten years ago, if you said I would be doing a farewell tour, I would have said you put acid in my drink.”

He wore a black tailcoat blazer with shiny gold lines and red glasses with rhinestones. The earring in his right ear would put even a fancy wedding ring to shame. 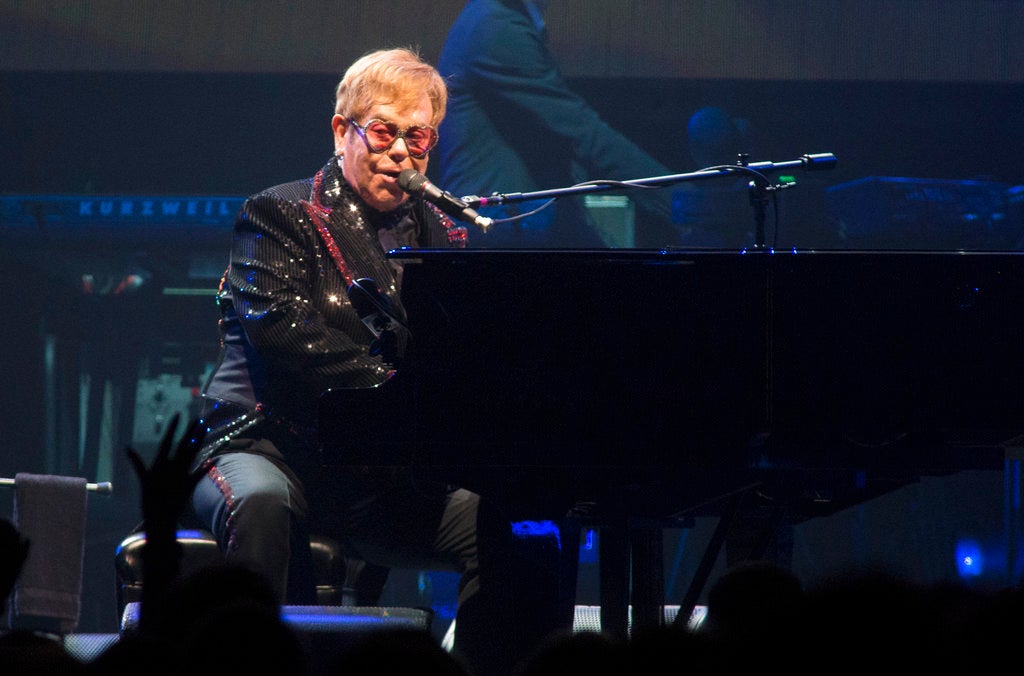 Elton John performs in concert during the opening night of his “Farewell Yellow Brick Road World Tour” at the PPL Center on Saturday, Sept. 8, 2018, in Allentown, Pa. Image: Owen Sweeney/Invision/AP

John didn’t speak much throughout the night — quickly jumping from song to song. He did give a shout-out to Bernie Taupin, his writing partner of 50 years who was sitting in the audience. When he sang “Border Song,” which was covered by Aretha Franklin, John said he wanted to honor those who had a profound impact on his life, including musicians, politicians, athletes and everyday people. The Queen of Soul, Nelson Mandela, Nina Simone and Stephen Hawking were among the famous faces that appeared on the screen. A photo of John and his grandmother closed the performance.

The performer also highlighted the success of his Elton John AIDS Foundation, saying he started the organization after getting sober in 1990 and realizing he “hadn’t done enough to address the AIDS epidemic during its terrifying rise in the 1980s.”

“Never in my wildest dreams would I have imagined how far it would grow,” he said of the foundation, which John said has raised $400 million and reached 100 million people.

“And if there’s one thing I learned in my life, it’s about the extraordinary healing power of love and compassion and caring.”

He closed the concert with “Goodbye to Yellow Brick Road,” this time in a robe and heart-shaped glasses. John took off the robe to reveal his tracksuit, ascending into a secret-like door above the stage. Just like a superhero. NVG