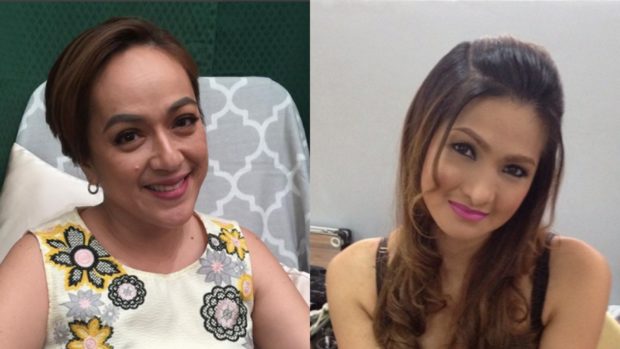 Ynez Veneracion has apologized to Tina Paner after supposedly hurling insults at the singer-actress, calling her “babalina” (long-chinned) and “bansot” (short). Veneracion clarified that what she said was not meant for Paner.

Veneracion tackled the issue to put an end to it and clear out her name. This she said through a statement she released via Facebook on Tuesday, Sept. 4.

“You have all the right to be upset,” Veneracion told Paner in the post. “All I can say is that I did not intend to hurt you in any way, shape, or form.”

“What was said was really not meant for you and you didn’t have anything to do with it whatsoever,” Veneracion added, although she did not clarify who she was referring to in the supposed insults.

The netizen involved, Susan Jeanette Ortega, also extends her apologies to Paner, according to Veneracion.

“I really hope we can resolve this, especially because you have always been very nice to me,” said Veneracion.

Veneracion made the controversial remarks when she posted photos from businesswoman Divine Austria’s birthday party last Aug. 27. The remarks reached Paner, who called out Veneracion via her Instagram account.

Paner has yet to make a statement on Veneracion’s apology, as of this writing. JB