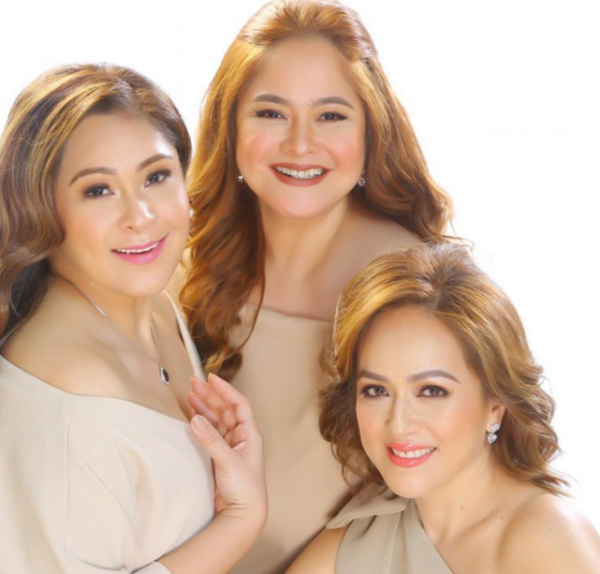 They were once the hottest teen craze in the late 1980s.

Actresses and singers Sheryl Cruz, Tina Paner and Manilyn Reynes, also known as Triplets, will reunite to give a nostalgic performance of their biggest hits, on September 9 at the Music Museum.

To their loyal fans, the concert would be a good avenue to see on one stage once again their teen idols and these artists’ transformation into being mothers and A-list actresses.

The three were last seen together in GMA7’s recent afternoon TV series “Meant To Be”.

All three had their signature hits back in the day.

All three were products of the star-making variety show “That’s Entertainment” hosted by the late German “Kuya Germs” Moreno.

Aside from their successful solo careers, all three were part of the hottest love teams of that decade.

Reynes was then paired with the country’s “King of Soul” Janno Gibbs. Their team-up eventually led to a real-life relationship. After their break up, the “Binibini” hitmaker married actress Bing Loyzaga.

Paner was then teamed-up with actor Cris Villanueva. They starred in a few movies together, such as “Petrang Kabayo At Ang Pilyang Kuting”, “Tamis Ng Unang Halik” and “Papa’s Girl”, among others.

Cruz teamed-up with Romnick Sarmenta, with whom she also had a real life relationship. She was then the beautiful chinita while he was the dark and handsome heartthrob. News of their breakup made headlines, proving that their team-up had a huge impact on Filipino viewers and their fans during that era. JB