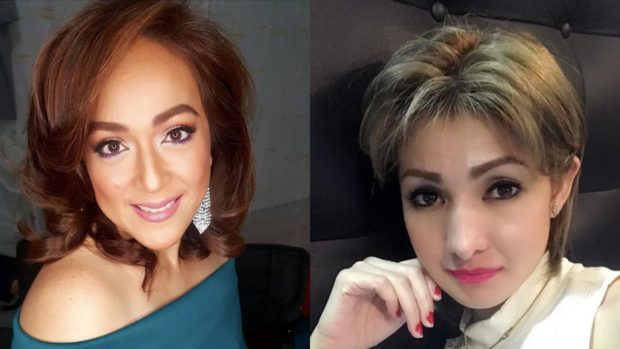 Kapuso actress Tina Paner slammed Ynez Veneracion for allegedly hurling insults at her, calling her “babalina” (long-chinned) and “bansot” (small), although not directly naming her.

Veneracion first shared photos from the birthday party of businesswoman Divine Austria at the Manila Hotel. She was there along with other celebrities such as Sunshine Cruz, Ara Mina, Patricia Javier, Pilita Corrales and son Ramon Christopher Gutierrez. The 38-year-old actress posted the photos on her Facebook account last Monday, Aug. 27.

But one comment stood out, coming from a netizen named Susan Jeanette Ortega, saying “Baka may magselos.” (Someone might get jealous.)

This started off a short conversation between Veneracion and Ortega. The actress replied to the netizen’s comment: “Hahaha! Di naman [siguro] sis! May babalina at bansot naman [siyang] bff hahaha! Magsama sila.”

([Laughs] I don’t think so, sis! S/he has a best friend forever who’s long-chinned and short! Let them stay together.)

Paner apprently heard about the insult, and later made sure that Veneracion does not get away with it. The actress took a screenshot of the conversation, posting it on her Instagram account last Tuesday, Aug. 28.

([Laughs] Ynez Veneracion has a huge problem. She’s bothered by my being long-chinned and short.)

Paner also noticeably added the hashtag #itsgodsgiftnotdoctorsgift in her post, which might be a jab at Veneracion having undergone plastic surgery before.

While everyone was on Paner’s side, an Instagram follower named @tonestki thought that Paner might have misunderstood Veneracion’s comment. From what the netizen understood, she said she thought that Veneracion may have been referring to Sheryl Cruz as the babalina friend, while Manilyn Reynes as the one who is bansot. “Insecure ang lola, at least proven ang longevity ng friendship niyo with She and Mane,” the netizen added.

(The woman’s insecure; at least the longevity of your friendship with She and Mane has been proven.)

Another netizen, @liezlgdelia, agreed with @tonestki’s comment. She also brought up that another friend of Paner’s, Gladys Reyes, might have been the one Veneracion was referring to.

While fans continue to speculate, Veneracion has kept mum about the issue, as of this writing. JB