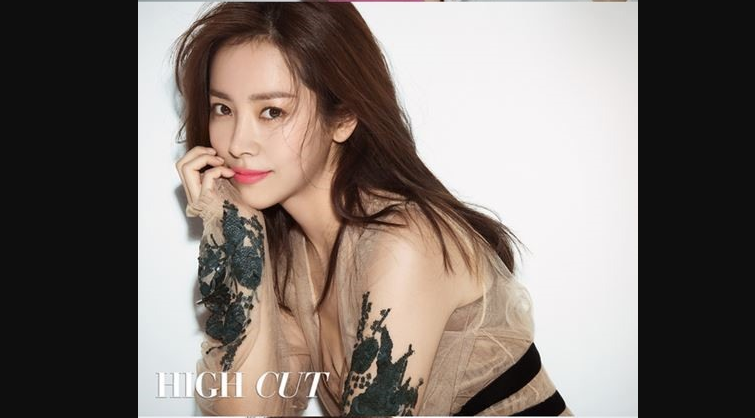 The series, which marks Han’s return to the small screen after two years, is about how a man and a woman develop feelings for each other, fall in love and get married. Han plays Seo Woo-jin, a married woman who struggles to balance career and family life, while Ji Sung plays Cha Joo-hyuk, Han’s husband of five years and an ordinary bank worker.

“Ji Sung is an angel, a positive angel. He has very big pupils which are so dreamy, so I call him ‘Mr. Dreamy,’” revealed Han in the interview with High Cut.

“Just looking at him makes me comfortable. We’ve exchanged ad-libs from the very first episode, and we really clicked. Even our director was surprised at our great chemistry. If I lie down, he responds to my line while lying down as well, the reason why I could improve so comfortably,” the lead actress recalled.

The actress is set to win over fans with an upcoming movie titled “Miss Baek”, and she said the chance to act in “Familiar Wife” was a helpful bridge to her next project. JB