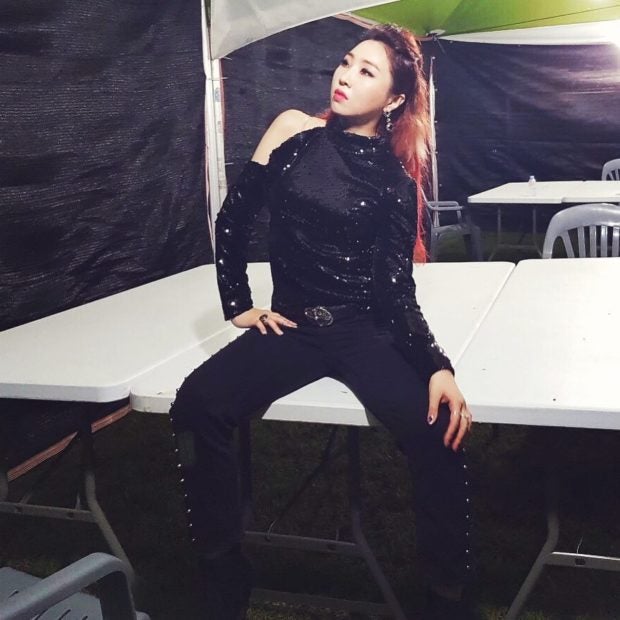 Gong Min-ji a.k.a Minzy, a former member of South Korean girl group 2NE1 and now a solo performer, is slated to perform at the opening ceremony of UAAP season 81 at the Mall of Asia Arena on Sept. 8.

“Hi, Philippines! This is Minzy. I will be seeing you soon in Manila on Sept. 8!” Minzy said in a video she uploaded via Instagram yesterday, Sept. 3. “I will be there to support the UAAP teams. I’m going to perform some songs for you guys so don’t miss it!”

“Guess who’s rocking UAAP Season 81’s Opening Ceremony?” wrote Sy. “It’s your Superwoman Minzy and she’s got a message for everyone coming out to see her! See you there!”

Guess who's rocking UAAP Season 81's Opening Ceremony? It's your Superwoman MINZY and she's got a message for everyone coming out to see her! See you there! 💃🏼 LIMITED TICKETS will be available on Thursday at 10am via SM Tickets outlets nationwide‼️Tickets go for lowest of 75 pesos to Vip of 400 pesos! Tumbling! What?! 😅Kpoppers, unite! 👍💪#HappeeHourAtUAAP81

South Korean dancer and entertainer Dasuri Choi posted a dance cover featuring Minzy’s song “Ninano” on her Instagram page not long after the announcement of Minzy’s performance was made.

Minzy will be performing at the upcoming UAAP season 81 opening ceremony alongside James Reid and rock band Sponge Cola.

2NE1 was composed of Minzy, CL, Bom and Dara (Sandara Park). Minzy left the girl group in 2016. In 2017, she released her debut mini-album titled “Minzy Work 01: Uno” which included the tracks “Ninano” and “Superwoman”. JB

Read Next
Meet the cast of upcoming Kapuso drama ‘Ika-5 Utos’
EDITORS' PICK
SSS: Members on home quarantine due to COVID-19 can apply for sickness benefit
Mobile COVID-19 vaccination for commuters, transport workers set at PITX
PH to send 584 athletes, 161 officials to Vietnam SEA Games
Gear up and get ready to play with Yamaha Mio Gear
Kalinga, Ifugao, Mt. Province, N. Samar will be under Alert Level 4 from Jan 21-31
Acer starts the year off strong with the Aspire Vero National Geographic Edition
MOST READ
Imelda Marcos trends on Twitter after octogenarian jailed for allegedly stealing mangoes
Mayor Vico counters vice mayor: ‘Did I say anything about his family?’
PH 51st on list of world’s most powerful militaries
‘Unbelievable!’ Pacquiao hits DA’s plan to import 60,000 MT of fish
Follow @KMatrianoINQ on Twitter
Don't miss out on the latest news and information.