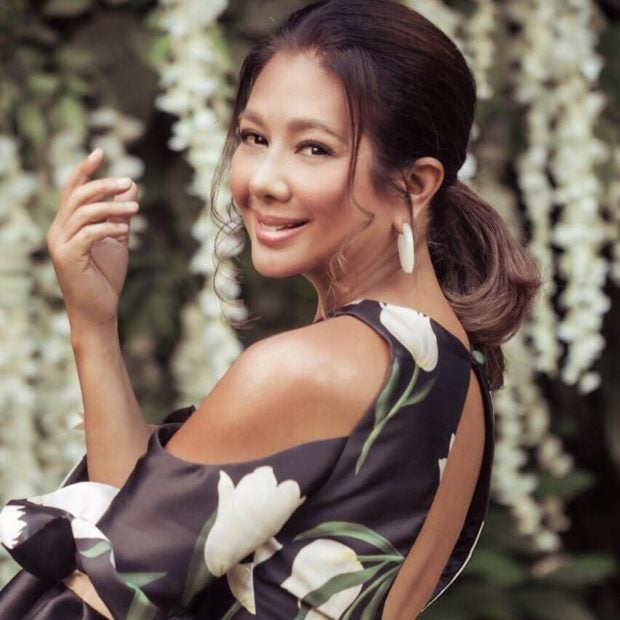 Korina Sanchez recently drew laughs for replying with “Annyeonghaseyo” (hi or hello) to Momoland who told her “Maganda ka” (You’re pretty) during an August episode of Sanchez’ show “Rated K”.

The television host has garnered the attention of K-pop fans once more, but not for a humorous mistake this time — fans were not happy with Sanchez saying that Filipino K-pop fans don’t understand the lyrics to the songs of their “idols”, a term used for K-pop stars.

“The kids went gaga over Wanna One tonight, and imagine P13,000 tickets and kids get their parents to spend for songs the lyrics of which hindi naman naiintindihan ng Pinoy (Filipinos don’t understand)!” wrote Sanchez in a now-deleted post she shared via Facebook yesterday, Sept. 2. Sanchez attended the concert of the K-Pop group Wanna One held at Mall of Asia (MOA) Arena last Saturday, Sept. 1.

“The phenom is worldwide. It’s the look, I think!” she added. “All K-Pop concerts I’ve been to are filled with screaming kids na nilalagnat (who are feverish)! Basta, malaki ang contribution ng Pilipinas sa ekonomoniya ng Korea (The Philippines has a huge contribution to South Korea’s economy).”

Though Sanchez may have been simply stating her observation, K-pop fans were not amused by her post. They uploaded screengrabs of her deleted post and gave their take on her statement on their social media accounts. They brought up her recent “Annyeonghaseyo” faux pas as well as the fact that English translations of Korean lyrics are available online.

Nope. It’s the talent. The passion. Same reason why I attend to concerts of US artists. And Ms. Annyeonghasseyo, we do understand the lyrics. Unlike you we know how to use Google and we know how to study the language. pic.twitter.com/slTtN893KW

Some took offense at Sanchez’s “It’s the look, I think,” comment. They asserted that their idols’ looks are not the primary reason as to why they support K-pop artists.

I beg to disagree Mrs. Roxas. The looks is just a bonus. I can’t believe that even after being in to some K-pop concerts (as you have claimed), you came up with the conclusion that “It’s the look…”?

Excuse me, Ms. Korina Sanchez-Roxas, have you ever consider that it's about how these Kpop idols saved lives? How they became an inspiration? The reason why some chose to wake up this day? Have you considered those and so many other things? You're so quick to say- pic.twitter.com/gf0kn0EHDE

Prior to deleting her post, it seems Sanchez edited her post, changing the part where she said Filipinos don’t understand the lyrics to “kids get their parents to spend for songs the lyrics of which hindi natin kinalakihan pero tunay na kinagigiliwan ng Pinoy (we didn’t grow up with but are truly beloved by Filipinos)!” She also removed a part of her post describing fans as “nilalagnat” as well as the last part about the Philippines contributing to South Korea’s economy.

Others called Sanchez a hypocrite for writing what she did when she made use of the K-pop fever to her advantage in her television show.

A round of applause for a hypocrite.

Korina Sanchez has yet to comment or issue an official statement on the matter, as of this writing. NVG