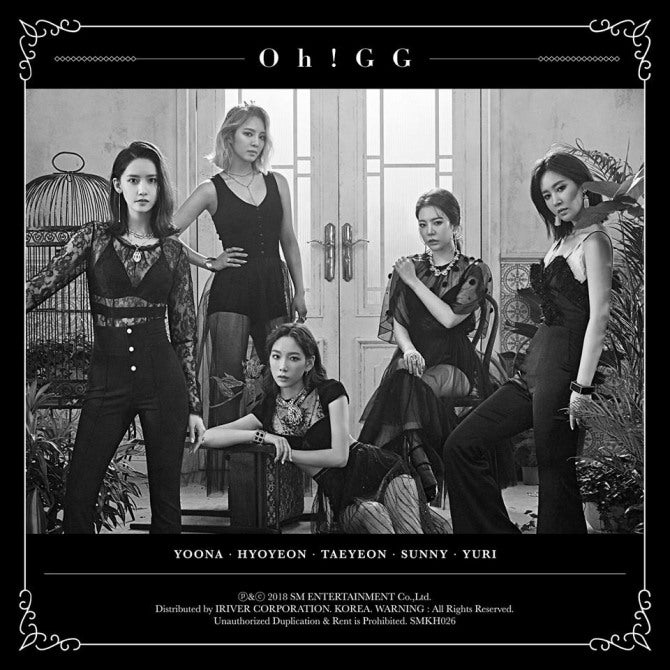 It’s not yet over for the fans of South Korean idol group Girls Generation.

Last Monday, the remaining members of the previously nine-member group surprised fans by announcing they are set to re-emerge in the music scene, just over a year after releasing their tenth anniversary album, “Holiday Night”.

The subunit “OH! GG” composed of Taeyeon, Yoona, Yuri, Hyoyeon and Sunny, will be releasing a two-track album on Sept. 5, and the lead single will be titled “Lil’ Touch”. The new single comes with another track “Fermata”, which has a different music style from the A-side.

The name, which came up from the bandmates, also took into consideration the Korean word “ojida” which means “solid” and “great” in English.

It was October last year when another heartbreaking news was revealed to the fans, following the removal of member Jessica last 2014. The group’s agency, SM Entertainment, announced that members Tiffany, Sooyoung and Seohyun will no longer be renewing their contracts to the company. Since then, the group faced an unclear future with another departure of three of its members, even after the agency ruled out the possibility of the girl group being disbanded.

Amidst uncertainties, members of the group continued their individual activities. Taeyeon released EPs and embarked on her concert tour in Japan. Yoona released solo music and started a fan meeting tour around Asia. Hyoyeon pursued being a DJ, returning last April with a new single titled “Sober”. She also started domestic club tours and EDM festivals under her new stage name DJ Hyo. Member Yuri pursued her acting career while Sunny appeared in variety shows as a regular cast.

Furthermore, the three who left the label to pursue individual projects vowed loyalty to the band.

Tiffany, who is starting afresh in the United States with a whole new showbiz career there, said in an Aug. 10 interview with Yonhap that she believes she can “return to Girls’ Generation anytime.” She likened her bandmates to “friends and sisters” and calls the group “family and home.”

After news of the sub-unit was released, Seohyun, Tiffany and Sooyoung expressed their support by promoting it to their own social media accounts. JB