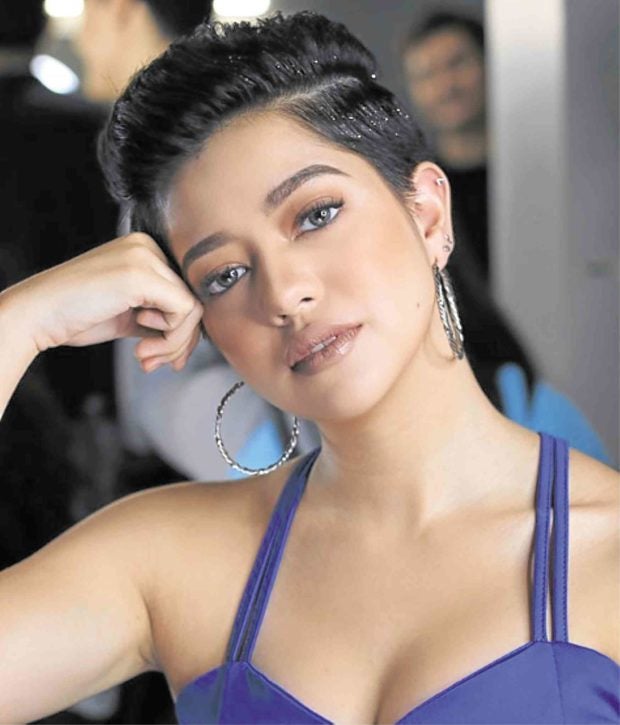 Sue Ramirez appreciates the effort made by couples to express their love for each other at the time when the internet was still nonexistent.

“I like it that people used to write love letters and send them to their crushes through the post office,” Sue told a recent media gathering for her latest film project, Jun Robles Lana’s rom-com “Ang Babaeng Allergic sa Wi-Fi.”

She continued: “When you receive a [love] letter, it feels so fulfilling. You then write back and send your reply. Imagine the effort people went through to communicate back then!”

In the film, Sue plays Norma, a social media addict. She diligently provides content to the Instagram account she created for her and her boyfriend, Leo (Markus Paterson). When she is diagnosed with electromagnetic hypersensitivity syndrome (EHS), she has to go offline because she is allergic to gadgets and Wi-Fi.

“Because of Norma’s condition, she is forced to leave the city. For people to actually spend time with her, they have to drive for six hours. That’s what you call commitment,” she said.

The 22-year-old actress said she never liked text-message courtship. “I find it too impersonal. I don’t feel the emotion. I’d like to know how the other person actually says his message, so I appreciate phone calls more. I could at least hear whether or not he is sincere,” she explained.

Sue, however, pointed out that she has nothing against those who might have found love through nontraditional ways. “In fact, I have a cousin who met the love of her life through chat. They’re now happily married,” she said.

On her relationship with BoybandPH member, Joao Constancia, the actress said: “I really want to take time to know the person.”

Sue did admit, however, that Joao often takes her out on dates and sends her flowers.

“Being happy with each other doesn’t mean we’re already an item. I’d rather that we use our friendship as a foundation of our would-be relationship, as well as trust and respect,” Sue added.

“Ang Babaeng Allergic sa Wi-Fi” is an entry in the Pista ng Pelikulang Pilipino, which starts tomorrow and ends on Aug. 21.