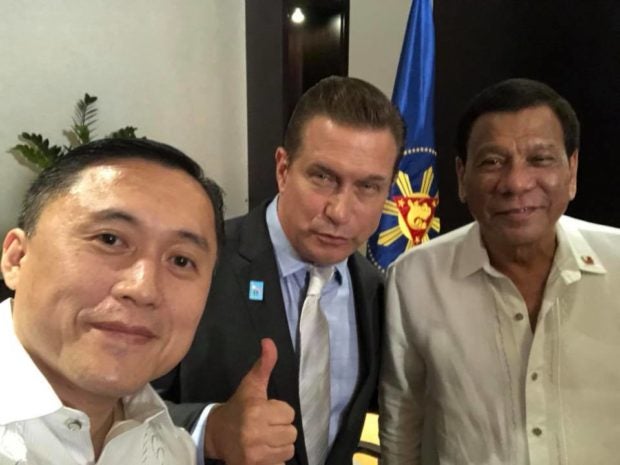 Hollywood actor Stephen Baldwin revealed that he was “very impressed” with how knowledgeable and humble President Rodrigo Duterte was, after his first meeting with the leader.

“So what can you say about your first meeting with President Duterte?” Presidential Communications Operations Office (PCOO) Assistant Secretary Mocha Uson asked Baldwin in a short interview with Baldwin, which she shared via Facebook yesterday, Aug. 1.

“I must say, first and foremost, I was very impressed with how knowledgeable he is about history and the law and things like that and we are praying for this President and the Philippines and again, I just really enjoyed how very humble he was,” stated Baldwin.

He continued saying, “Really, he just came across to me like a loving, concerned family man who wants what’s best for the people of the Philippines.”

Prior to talking about his first impression of the President, Baldwin and Uson were discussing what their upcoming film, “Kaibigan”, will be all about.

“The movie is about two friends in high school in the Philippines who rely on each other and go through a journey of life and suffer the difficulties that young people do,” Baldwin said.

“Again, the movie is ‘Kaibigan’ and it’s going to be a very positive film with positive message to the young people here in the Philippines that’s very family-friendly and we’re excited about the movie,” he added.

Uson then asked Baldwin about the upcoming film’s “anti-drug advocacy,” saying, “And this film also supports the President’s campaign to protect the youth from illegal drugs, is that right?”

“Yes, the two young musicians, the Perkins twins that are the stars of the film have been working on this project and developing it for some time,” answered Baldwin. “And they are individuals that because of their faith, believe that we need to do all we can to message to the younger people in the Philippines positive messages: don’t drink, don’t smoke, make the right decisions.”

Baldwin noted that “Kaibigan” will be a “fun” movie to watch for the youth, despite the lessons it stresses: “But the cool thing about ‘Kaibigan’ is it’s not [going to] be like one of those movies telling young people don’t do this, it’s [going to] be fun with a positive message.”