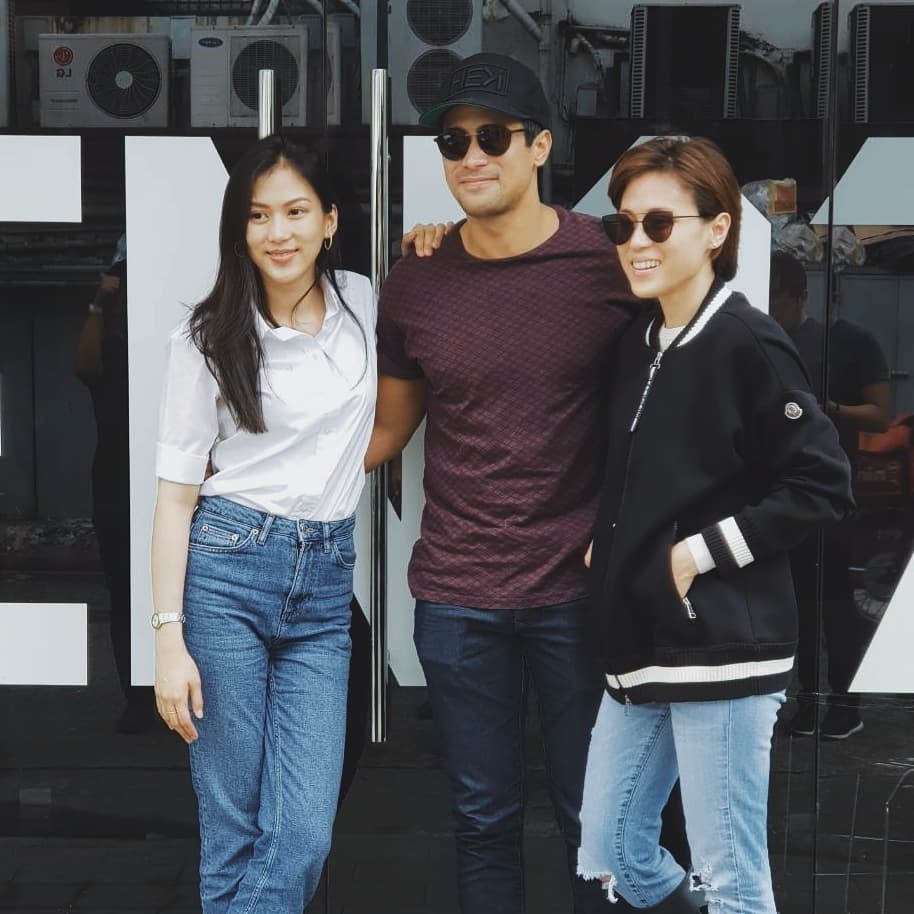 Sam Milby feels excited to be reuniting with Toni Gonzaga for a new movie, which also includes her sister Alex.

Milby shared a snapshot of the trio on July 31, which had them standing in front of the Ten17 Productions office. “After so many years, excited to be working with Toni again and with Alex for the first time in a movie,” wrote Milby. 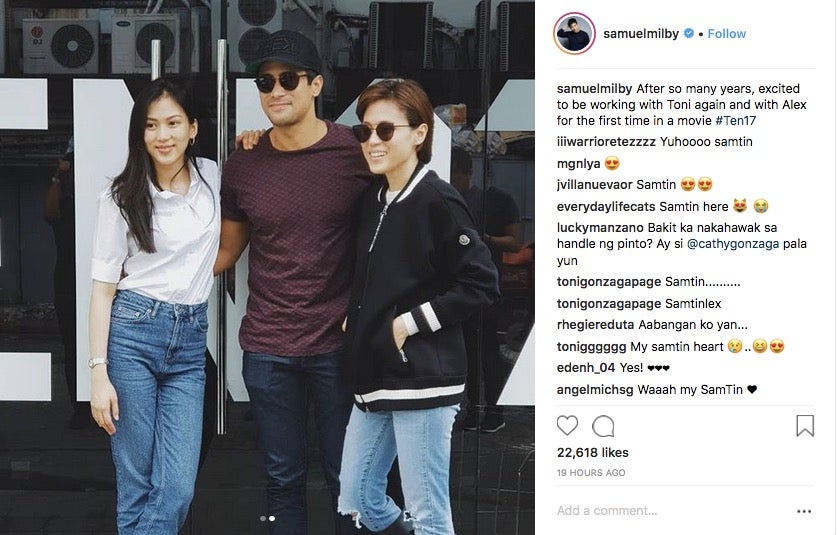 While fans rejoiced at the reunion and Milby’s first project with the Gonzaga sisters, Luis Manzano chimed in to tease Alex. He suggested Alex was indistinguishable from the glass door’s long metal handle.

Luis Manzano: “Why are you holding on to the door’s handle? Oh it’s Alex (@cathygonzaga).” Image: Instagram/@samuelmilby

Milby and Toni last worked together on a film project back in 2009 for “Ang Tanging Pamilya,” which starred Ai-Ai de las Alas and Manila Mayor Joseph Estrada. Milby and Toni played as a young couple who wanted to get married after a two-year long-distance relationship.

Prior to this, Milby and Toni also worked on the 2008 film “My Big Love.” The romantic comedy by Star Cinema featured Milby as an overweight chef. The actor wore a body suit and prosthetics to depict his overweight character for most of the film. Meanwhile, Toni played as his fitness trainer who helped him lose weight so he could win over the girl of his dreams, played by Kristine Hermosa.

Milby’s most recent project had him work with Yassi Pressman on the film “Ang Pambansang Third Wheel.” He played as single dad Neo and the love interest of Pressman’s character Trina.  /ra