Hayden Kho mocked for stand on ‘sexual sins’; cheered on by fans sharing his faith 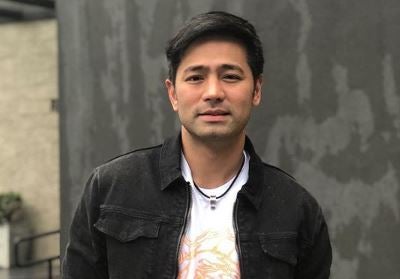 Celebrity doctor Hayden Kho Jr., who often posts verses from the Holy Bible on his Instagram page as a means of spreading God’s words to his fans, recently had to defend himself after being mocked by a commenter for his stand on sex.

In a post last July 27, Kho shared a quote from Corinthians that talked about the body as the Holy Spirit’s temple. In his caption, Kho shared his understanding of the verse.

“There’s more to sex than mere skin on skin. Sex is as much spiritual mystery as physical fact. As written in Scripture, ‘The two become one,'” wrote Kho.

“There’s more to sex than mere skin on skin. Sex is as much spiritual mystery as physical fact. As written in Scripture, “The two become one.” Since we want to become spiritually one with the Master, we must not pursue the kind of sex that avoids commitment and intimacy, leaving us more lonely than ever—the kind of sex that can never “become one.” There is a sense in which sexual sins are different from all others. In sexual sin we violate the sacredness of our own bodies, these bodies that were made for God-given and God-modeled love, for “becoming one” with another. ‭‭1 Corinthians‬ ‭6:16-18‬ ‭MSG‬‬

One netizen, a certain Meggie Sy, seemed to want to stir the pot and commented on Kho’s post.

“This coming from you is a joke,” wrote the netizen.

Kho, however, was graceful in his reply. He wrote back to the netizen and said, “@meggiesy oh I take this seriously. I lived my life recklessly in my youth asked [sic] I became the laughing stock of people like you.”

Kho added that he’s learned his lesson the hard way through God’s merciful discipline and that he just wanted to share his lesson to the younger generation.

“Now I just want to share with others what I learned, especially to the younger generation, so that they don’t make the same mistake,” said Kho.

He ended his reply by saying, “‘Out of the abundance of the heart the mouth speaks.’ This is what’s on mine and you just revealed what’s on yours.”

Fans have since rallied behind Kho, and took to the comments section to come to his defense.

“@dochayden No need to explain your side. God knows your heart, the same thing He knows a deceitful heart. Just be yourself and continue to draw people closer to God,” wrote a certain Jonah (@jonahbd).

Another one, too, wrote that everybody has a bitter and broken past.

“But there’s always a room for change,” wrote one Dexter (@optimisdex). “When God chose you, surely He will make a way to change you. Hindi Niya tayo tinitingnan (God does not look at us) as sinner[s] but as a precious child of His own.”

(We all make mistakes. He shared this because he made mistakes before. And everybody knows that. The beautiful part of this is God changed him.)

Kho was embroiled in controversy years ago after a series of sex videos involving him surfaced, causing his medical license to be revoked in 2009 by the Professional Regulation Commission; the revocation was affirmed by the Court of Appeals in 2012. His license, however, was reinstated in 2014.

In the aftermath of the scandal, Kho admitted that he “lost my name and my so-called friends.”

However, he has since turned over a new leaf when he rediscovered his faith in Christ and committed his life to spreading the word. These days, he regularly attends Sunday service at the Christian Commission Fellowship and also gives testimonies about his life.

Last May, Kho shared on Instagram the story of his “renewal” through Christ, saying that his life took a dramatic turn in 2013. Before all that, he was spiritually “dead” and was “in the throes of hopelessness and desperation.”

I honestly thought I wouldn't make it past 30 years when I was going through my dark days. I was alive physically, but spiritually I was dead. I was caught in the throes of hopelessness and desperation. It felt so much easier to die than to live. In 2013, a few days after my birthday, Jesus Christ found me and gave me new life. I was born again and that's when my life took a dramatic turn for the better. Forgiveness, hope, and joy– these three words describe what my life consists of now. And this is the message I want to share with others through my life testimony. If God can change me, He can change you! For God so loved you, that He gave His one and only Son for you; so that if you believe in Him you will not perish but have whole and everlasting life. #John3:16 #Revelations12:11 #year38makeitgreat

“Forgiveness, hope, and joy — these three words describe what my life consists of now,” wrote Kho then, who is now married to “doctor to the stars” Dr. Vicki Belo. The two have an adorable daughter together, Scarlet Snow Belo, who turned 3 years old last March.

Why Vicki and Hayden decided to have a baby