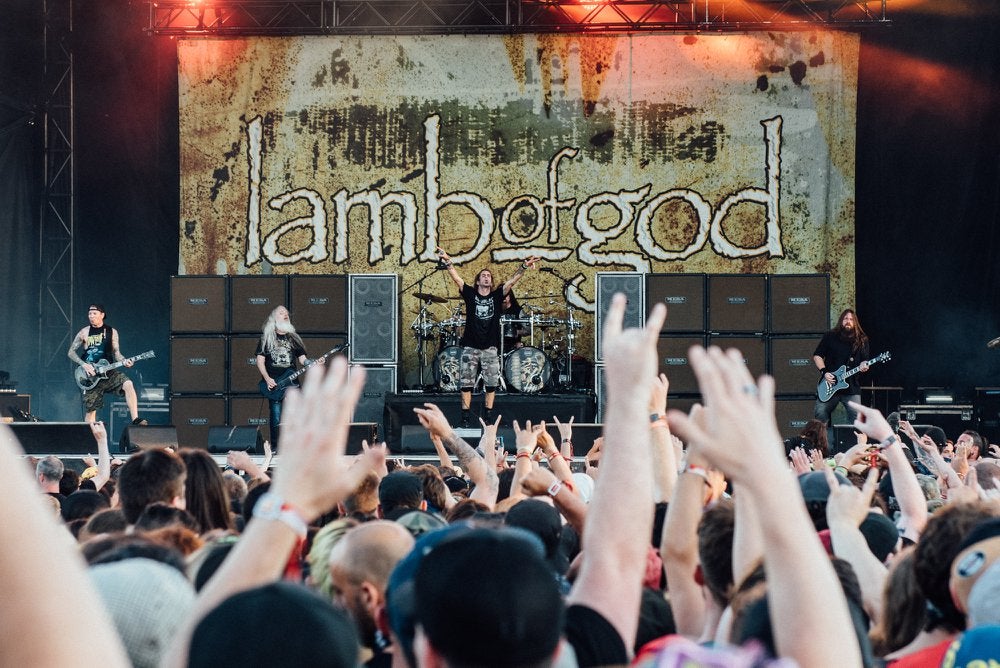 An animated sign language interpreter at a heavy metal concert stole the show with her hardcore interpretations of a band’s music.

Identified as Lindsay Rothschild-Cross, the interpreter had been doing her job for the deaf audience when she caught the attention of a band and one of its fans, reported ABC News.

During the set for the Lamb of God band, at a Slayer concert tour on June 20 in Austin, Texas, USA, Rothschild-Cross began interpreting the band’s song with such fierceness that it impressed Randy Blythe, Lamb of God’s frontman.

“That day, there were several interpreters taking turns—they were all working hard and doing a great job, but Lindsay’s interpretation of our performance stood out to me enough that I hopped down off the stage and sang beside her for a bit,” said Blythe in an interview with “Good Morning America.”

He explained how Lamb of God performances often have a visceral experience for both the band and its audience. Blythe also said he had been aware that hearing-impaired individuals could feel the vibrations of the amplified music coming from the speakers.

Along with Blythe, an impressed fan started recording Rothschild-Cross as she went about her job and shared the video on social media. The footage has since been viewed nearly 900,000 times on Facebook.

Rothschild-Cross would later explain that she grew up listening to rock ‘n’ roll music from Guns N’ Roses, Alice in Chains and Iron Maiden. However, she felt nervous because she had not interpreted death metal music before. To express the right emotions on sign language, Rothschild-Cross would first research the artist she would be interpreting. This helped her to dig out the right emotions that come with the lyrics for each of the artists’ songs and convey them accurately to the hearing-impaired.

According to the Americans with Disabilities Act, concerts must have an interpreter to interpret the performance for the audience who have communication disabilities.

However, it appears not everyone is as skilled as Rothschild-Cross when it comes to interpreting music. Amber Galloway Gallego from a company who provides interpretation services for all kinds of music explained that interpretation skills were just like singing skills; some “sing” well, while some interpret as if “scraping their nails against a chalkboard.”

Back in early 2017, another interpreter, identified as Holly Maniatty, stole the spotlight when she interpreted for Snoop Dogg during a jazz festival.  Alfred Bayle /ra