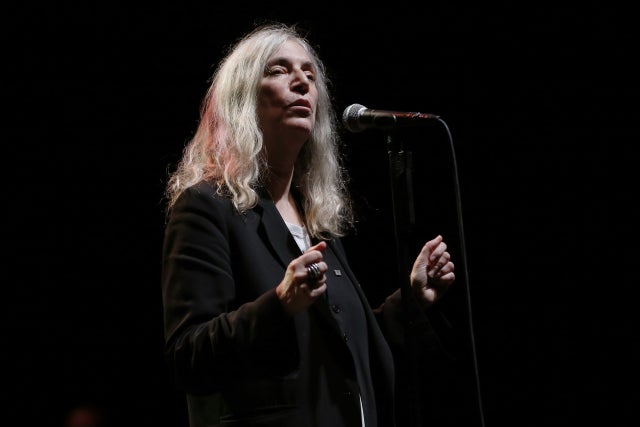 The September 14 concert will close a three-day “summit” of local leaders on climate change from around the world, and called by California’s outgoing Governor Jerry Brown.

He has vowed to bring together sub-national players to mobilize action against rising temperatures while US President Donald Trump displays hostility to global efforts.

Smith is the 71-year-old so-called godmother of punk who has frequently played benefits in recent years. She will be joined by Grateful Dead guitarist Bob Weir and Red Hot Chili Peppers bassist Flea.

Other performers include the French singer Imany and Tenzin Choegyal, the globe-trotting musical activist from Tibet.

“In the world of music, the best way to improve is through collaboration. This is the same with the critical issue of climate change,” said Smith’s daughter Jesse Paris Smith, a fellow musician who is helping spearhead the effort.

“We must join together to make this the most ambitious collaboration of our century,” she said.

The concert will raise money for climate advocacy groups and the United Nations Development Program.

The benefit is the fourth in the so-called “Pathway to Paris” initiative launched by artists ahead of the landmark 2015 Paris summit on climate change, which aimed to cap global warming.

Trump after his election pulled the United States out of the Paris accord, saying it was unfair to industry. AB

Barbara Hannigan: The diva who can do it all