The Chiong sisters murder case to premiere in cinemas July 18 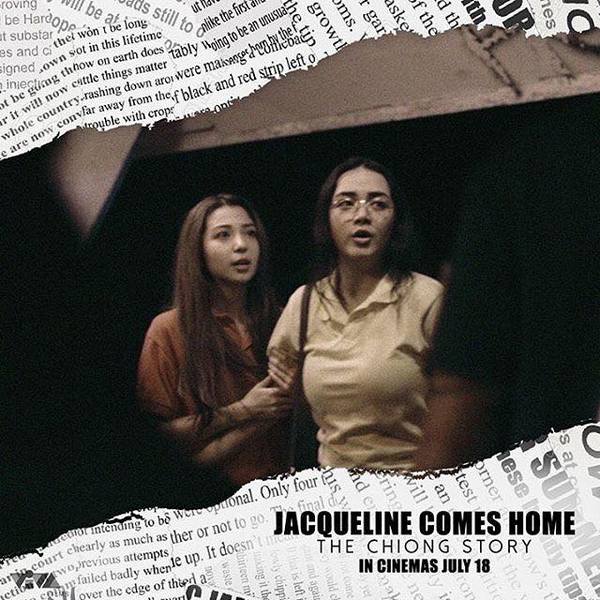 More than two decades ago, news of about the disappearance of sisters Marijoy and Jacqueline Chiong shook residents of Cebu City and changed the way we think about safety.

Today, Viva Films brings you a story about the controversial 1997 Chiong sisters case in “Jacqueline Comes Home” in a film starring Donnalyn Bartolome and Meg Imperial.

Its trailer was officially released by Viva Entertainment last week on their YouTube channel.

“When two sisters are separated by a tragedy, is there hope left for the family left behind?” the video caption said.

The trailer begins with Joel Torre, as Dionisio, father of the Chiong sisters, answering a phone call.

Cut to a scene with Marijoy telling Dionisio that she saw the car of her stalker.

She was interrupted by young mestizo Paco Larrañaga (played by Ryan Eigenmann) who answered, “Ako, bagay sa ’yo.”

The trailer then shows a group of men alighting from a white van and forcibly pushing the sisters into the van.

After the girls were abused by their abductors, we see a blindfolded Marijoy thrown off a cliff.

Their disappearance prompted parents Dionisio and Thelma (played by Alma Moreno) to search for their daughters.

It was said to be Marijoy’s body.

“Jacqueline Comes Home,” directed by Ysabelle Peach, is set to open in Philippine cinemas on July 18.

The Chiong sisters rape-murder case is one of the most controversial cases in Cebu.

The disappearance of Marijoy and Jacqueline happened on July 16, 1997.

Two days after the abduction, the body of a girl, believed to be Marijoy, was found off a cliff in Carcar, Cebu.

The crime-thriller “Jacqueline Comes Home (The Chiong Story)” was produced reportedly with the permission of the Chiong family.

In 2004, seven men were convicted for the 1997 abduction, rape and murder of Marijoy and Jacqueline Chiong. Two of them, Paco Osmeña

Larrañaga and Josman Aznar, belong to prominent families in Cebu. Larrañaga, the son of Spanish citizen Manuel Larrañaga and Filipino Margarita González, is a dual citizen of both countries.

Since 2008, Larrañaga has been serving a life sentence in a penal facility in Madrid, Spain where he was transferred from the National Bilibid Prison under a new prisoner exchange treaty between Spain and the Philippines.