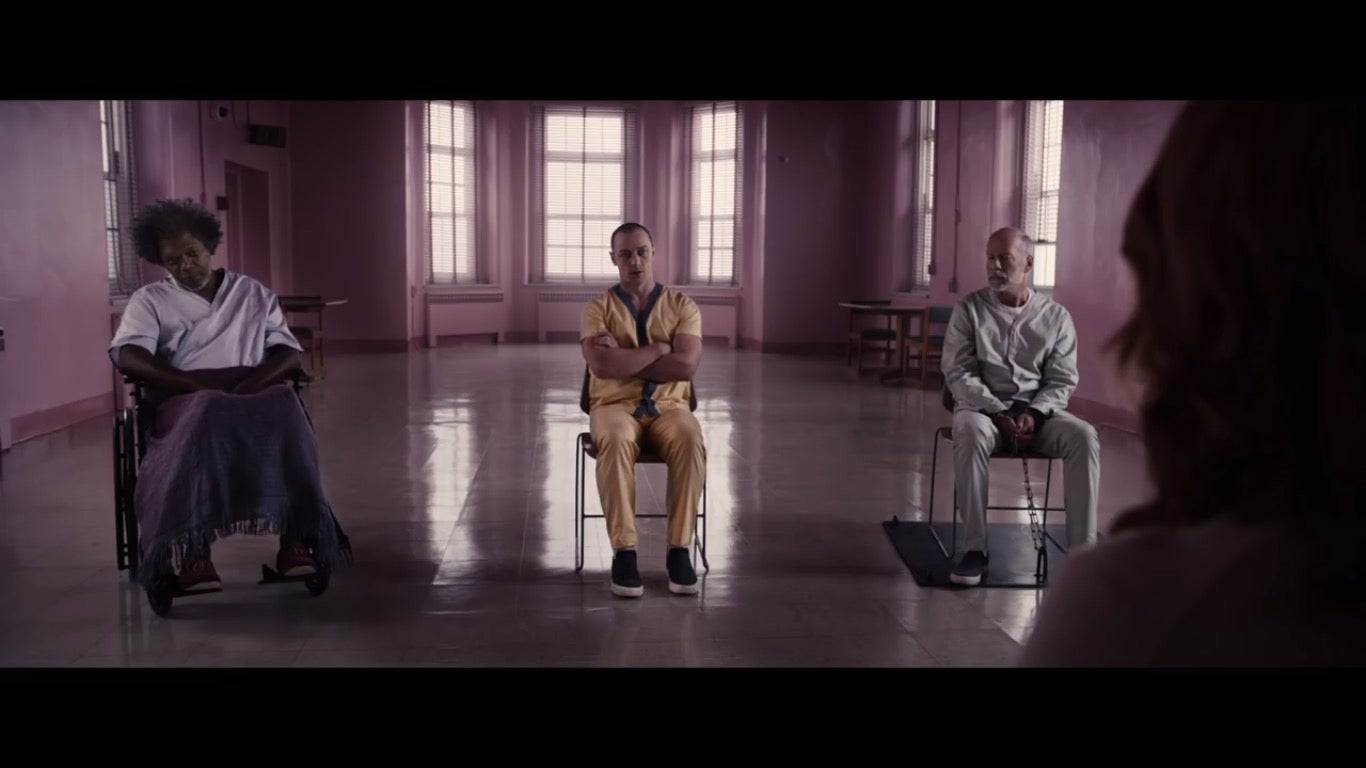 The full trailer for M. Night Shyamalan’s upcoming thriller “Glass” brought together the three super-powered beings from his past movies into one room for group therapy.

The story followed up on the conclusion of 2016’s “Split” where it was teased that all three characters would eventually meet. Thanks to the activities of The Beast, one of Crumb’s many personalities, Dunn, started chasing after him which brought him back to Glass’ attention.

Glass now acts as a shadowy orchestrator to bring his vision of superheroes being known to the public a reality.

Characters from “Unbreakable” and “Split” will also return to reprise their roles, which include Spencer Treat Clark as Dunn’s son, Charlayne Woodard as Glass’ mother, and Anya Taylor-Joy as Casey Cooke, the girl who was spared by The Beast.

Shyamalan’s superhero thriller started in 2000 with the release of “Unbreakable.” It told the story of security guard Dunn who had special powers that made him stronger and impervious to getting hurt. It introduced Mr. Glass as the villain who opposed the hero. “Split” alluded to the idea that there are more people in the world with special powers, which could make them superhero-like. “Glass” may serve as the culmination of Shyamalan’s story, which could determine whether superheroes really do exist or it’s all made up by delusional individuals.

New ‘RoboCop’ sequel to be directed by Neill Blomkamp