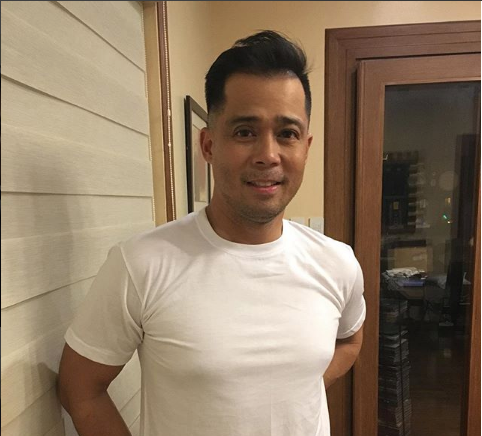 Dingdong Avanzado and his family’s trip to California suddenly turned into a nightmare, all because they became victims of theft.

The singer revealed on his Instagram page on June 26 that the incident caused him so much stress during the weekend.

In Avanzado’s series of posted photos, it can be seen that the passenger window of his car got smashed, apparently even while it was parked somewhere in broad daylight. He added that he lost some valuable items, such as his body bag, wallet, driver’s license and some credit cards.

“Thankfully, no one was hurt,” Avanzado said. “Just felt a little bit traumatized by this incident.” He felt sad that this kind of incident “becomes more rampant in this day and age,” and wished it would not happen to his friends or other family members.

Some netizens reacted on what happened, one of them being actor Xian Lim: “Bad trip! Buti nalang (It’s a good thing) no one got hurt! Bahala na ang dyos sa kanila. (Let God take care of them.)

Avanzado appreciated Lim’s concern. Avanzado said authorities in California can track down those behind the theft, but asked in doubt: “The question is will they? It’s such a common thing here nowadays that they won’t even bother to apprehend the perp/s.”

Meanwhile, a netizen named @mahal2006 shared her friends’ experience, when they were victimized in a mall in San Francisco. 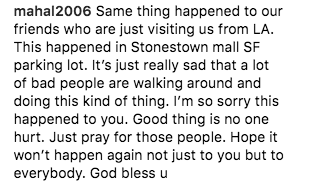 His wife, singer-actress Jessa Zaragoza also shared some reminders in her Instagram post a day ago, when she uploaded a photo of her, Avanzado and daughter Jayda attending church.

“Never leave anything in your car, no matter how long you are going to be gone,” Zaragoza warned. “Refrain from bringing your important documents if they are unnecessary to where you are going/to the errands you are running.”

She credited Avanzado for having presence of mind to call 911 “despite being [shellshocked] by the incident.”

No suspect has been apprehended, as of this writing. JB