Missing ‘I Am Not A Robot’? Here’s a new Korean series for you 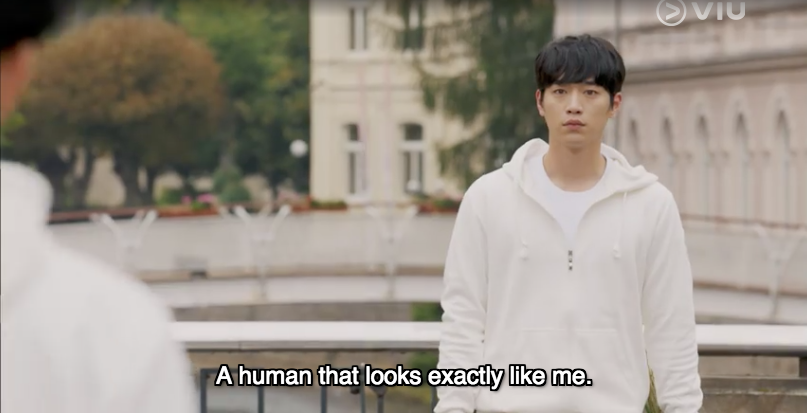 It was late last year when hit series “I Am Not A Robot” made K-drama enthusiasts fall in love. Stars Yoo Seung-ho and Chae Soo-bin enjoyed the rise of their popularity here in the Philippines, with Filipinos expressing their kilig over the drama on various social media sites.

Now, if you are one of those who are missing this kind of series, there’s a new drama you can enjoy which also tackles robots and artificial intelligence.

“Are You Human?” is the newest offering of Korean broadcasting network KBS2. Starring Seo Kang Joon and Gong Seung-yeon, the series is about the length a mother’s love can go for her child.

Seo is Nam Shin, an heir from a wealthy family which runs a big company. Due to an unfortunate accident, Nam Shin fell into a coma. With this heartbreaking tragedy, Nam Shin’s mother, who is in the field of brain science and artificial intelligence, created a robot that looks exactly like her son, called Namsin III. The robot pretends to be Nam Shin and has a bodyguard named Kang So-bong played by Gong.

The series will make you sit down and think about the present situation of the world. What if a perfect human-like robot were to suddenly appear in front of you in time of loneliness? What if that robot could care for you forever? What defines humanity? This drama shows the path that a robot named Namsin III takes to find out what it really means to be human. JB

Watch ”Are You Human?” and “I Am Not a Robot” on Viu! Just text VIU ON 99 to 2948 for Globe and TM subscribers. Upgrade now to Viu Premium to experience unlimited download offline, eight hours after Korean telecast and HD viewing!

For other networks, you can purchase your Viu premium pin thru Loadcentral sellers (Cebuana, MLhullier, Western Union and Palawan pawnshops) for only P30. Hurry, for a limited time only!

LOOK: Mouthwatering reasons why ‘Wok of Love’ will wake the lover (and foodie!) in you

TAGS: Are You Human?, I Am Not A Robot, Korean, Korean dramas, Viu