Vice Ganda reveals he has ‘done it’ inside a car 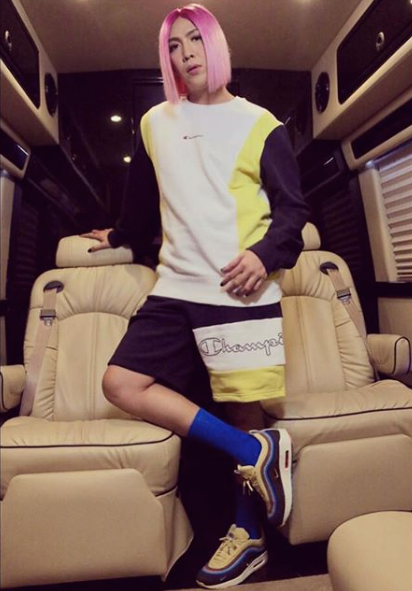 Vice Ganda has made no secret about his sex life, offering it as fodder for his jokes. And during a segment in “Gandang Gabi Vice,” the TV host spilled more juicy details about his sexual encounters.

He and Anne Curtis, his co-host on “It’s Showtime,” took a ride and discussed the dirty deeds they’ve done while in a car.

Vice started out asking Curtis if she had made out with someone in a car. “Siyempre (Of course),” she said while laughing, adding that it was back when she was younger. Later on, she would slip that it was with husband Erwan Heussaff.

“Kaya dapat nakatint kasi makikita nila ang lalaking kasama ko eh (That’s why the car should be tinted or else the man I’m with will be seen),” Vice quipped.

He revealed he and his companion have to hide when they’re passing through toll gates or buying food through a drive-thru.

With Curtis’ probing, he gave hints on the identity of his companion. “Basta celebrity. Hindi artista. Sa ibang field (He’s a celebrity, not an actor; from a different field).” He also said that he wasn’t a model.

(I reclined the seat, but sometimes the food takes time to serve. The server is chatty at the drive-thru.)

He then asked Curtis if she had “done it” inside the car.

“No,” she replied point-blank.

When she asked Vice the same question, he said, “Yeah, sa NLEX (on the North Luzon Expressway).”

Visibly shocked, Curtis asked how it was done.

“Eh relax lang naman siya eh (He was relaxed),” he recounted. “Ako nag-adjust (I found a way for him).”

Both admitted to getting into fights with significant others in the car.

Curtis said she had walked out after finding out that her boyfriend at the time received a text from a girl.

“Artista yan ano (He’s an actor, isn’t he)?” Vice pushed, which Curtis refused to answer. As for the girl, Vice tried to sneak in hints: “Artista din? Na hindi masyado active ngayon (An actress who isn’t that active now)?” Curtis only responded with laughter.

Meanwhile, Vice confessed to forcing someone to get off his car along EDSA during a fight.  Niña V. Guno /ra