Kris Aquino reaches out to Bong Go after lashing out at Mocha; he says sorry 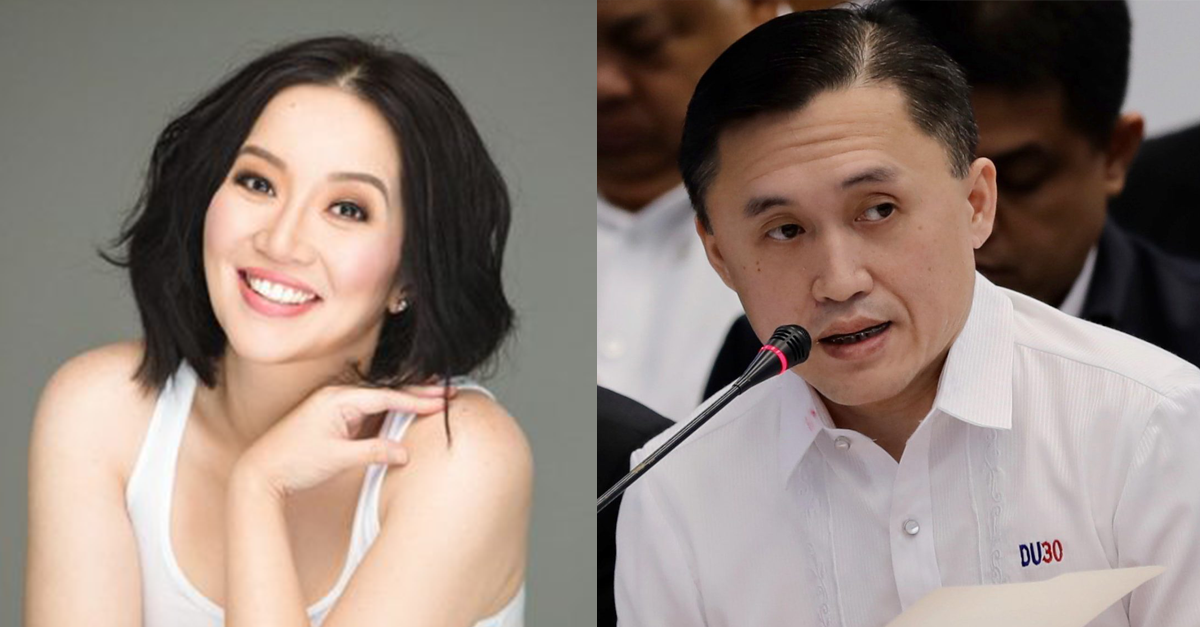 The Queen of All Media had lashed out at the government official for her video that allegedly disrespected her father, slain Sen. Ninoy Aquino. The video compared President Rodrigo Duterte’s controversial kiss in South Korea to the late senator, where two women kissed him on a plane before he was assassinated.

Aside from going after Uson on her social media accounts, Aquino went on Facebook Live to give her a warning.

Aquino said: “This is a direct challenge to you. Text me, you can find my number, it’s so easy. Name the place, name the location, let’s carry it live. Bring all your followers…. I can stand alone.”

After her challenge to the controversial government official, the media personality said that she “took the courage” to reach out to Go. She admitted this in an Instagram post today.

She said of Go: “I have known & liked him for 8 years. In this instance i am Ninoy Aquino’s daughter—he believed in the power of communication… SA Bong, thank you for your reply.”

“Thank you for taking my feelings as a daughter into consideration & showing me EMPATHY,” she went on. She also revealed that Go texted and sent her through Viber the words: “we are sorry for the incident.”

Uson, who was first a blogger before she joined the Duterte administration, has not addressed Aquino’s warning.  /ra

Bong Go stands firm not to run for senator but…