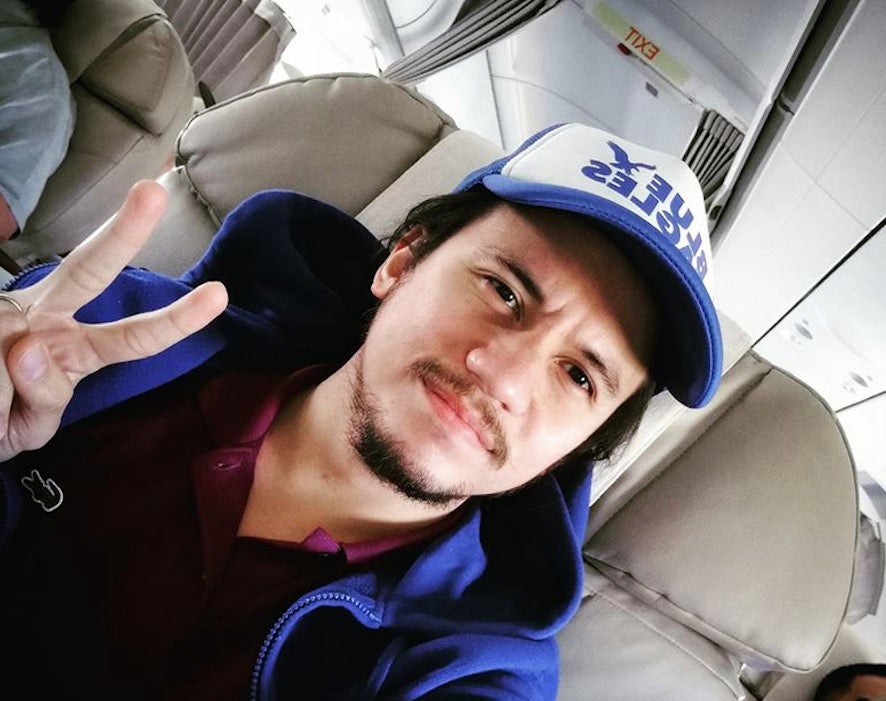 In a tweet dated May 28, Yuzon asked singers to not be satisfied with the quick applause that a cover song could bring. Instead, he urged artists to bare their heart and soul to the audience through an original piece. 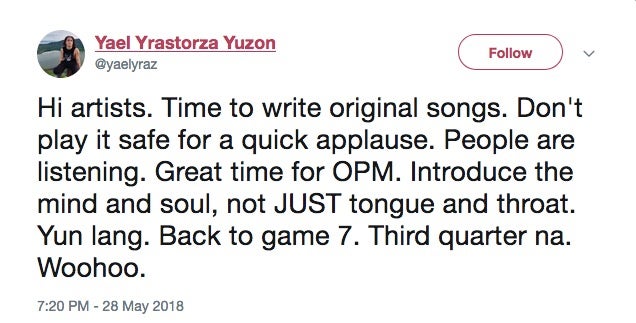 After sharing a rather serious outlook, he closed the tweet, saying it was time to go back to watching game seven of the 2018 NBA Conference Finals.

Yuzon has been the frontman for Sponge Cola since the band’s inception in 1998. He got the idea to form the band with then-schoolmate Reynaldo “Gosh” Dilay. Sponge Cola’s most recent single is titled “Kunwari.”

Not long ago, Yuzon and wife Karylle entertained fans with a duet of “A Whole New World” from Disney’s “Aladdin” while they walked around Tokyo DisneySea in Japan. More than just singing the words, the couple did their best to re-create the movie version of the song where Aladdin and princess Jasmine shared a magic carpet ride. The Facebook video post uploaded in April has already reached over 7.4 million views as of this writing.  /ra

WATCH: Karylle, Yael Yuzon sing their hearts out like Aladdin and Jasmine at Tokyo DisneySea