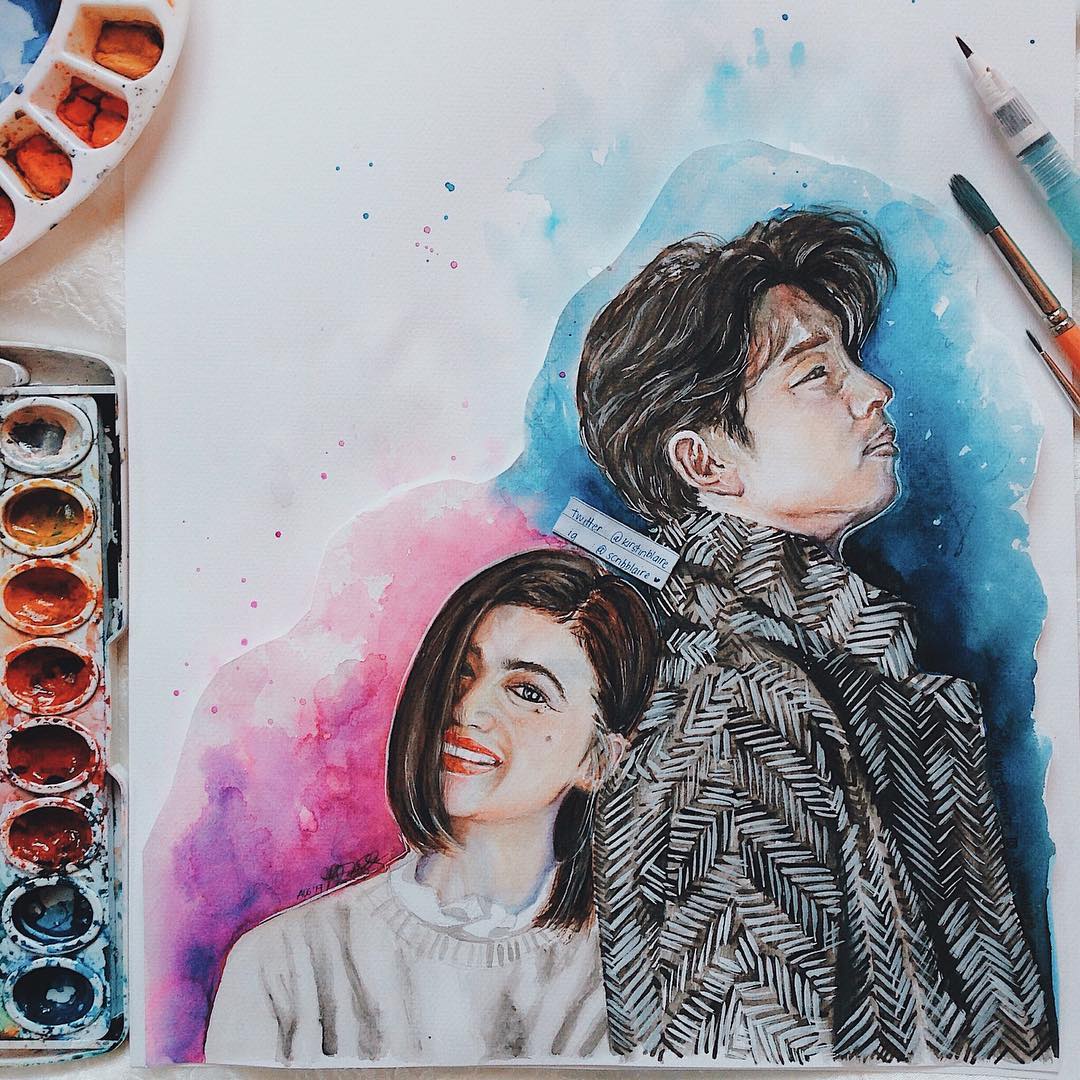 An early fanart shared by Curtis showing herself leaning on Korean actor Gong Yoo’s back inspired by the official poster for K-darama “Goblin” ( Image: Instagram/@annecurtissmith)

Anne Curtis, an avid Korean-drama and recent K-pop fan, credits her entry into the fandom to Korean actor Gong Yoo.

Curtis shared how Gong managed to charm her into following K-dramas in an interview on nighttime talk show “Tonight with Boy Abunda.”

The actress recalled, “Kasi Erwan and I talaga, every Sunday we do a movie night and while we were browsing, Train to Busan came up. So habang nanunuod kami, nakatingin ako sa lead guy sabi ko, ‘He’s cute though.’”

Curtis later looked up more information on Gong, which led her to the actor’s latest drama project, “Goblin.” Coincidentally, “Goblin” also aired on Philippine TV and which was dubbed in Tagalog.

Since then, the actress learned more about Gong’s other projects and proceeded to watch them all. She also looked up information on the cast and crew, including the director of “Goblin.”

Curtis also shared how she flew to Hong Kong just to attend a fan meet event for Gong Yoo and attempted to get the actor’s attention through TV host “Kuya Kim” Atienza.

Apart from K-dramas, Curtis recently got into K-pop. She attended the “Exo Planet #4 – The Elyxion” concert tour last April 28 at the SM Mall of Asia Arena. She claimed to have been blown away by the group’s performance. In several tweets after the concert, Curtis revealed that K-drama became the bridge to her fandom in K-pop. She would look up the soundtracks from her favorite shows and discover some of the actors were also singers.  /ra