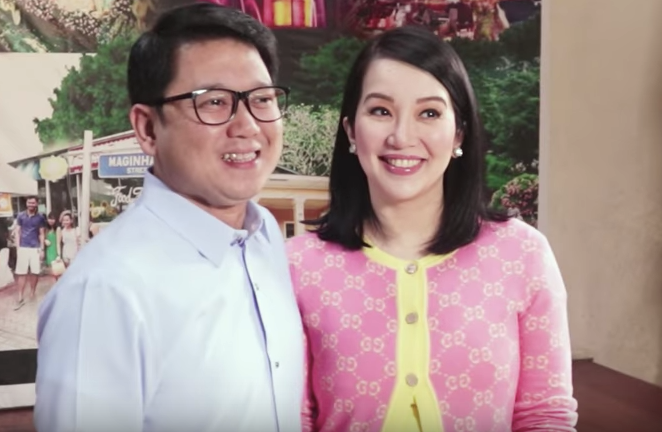 Things may not have worked out romantically between them, but Kris Aquino has found a true friend in Herbert Bautista.

The Queen of All Media gushed about her friendship with the Quezon City mayor on Instagram Thursday. She wrote about Bautista, at the same time sharing photos of them compiled into a video.

Aquino recalled that it has been four years since they “reconnected and attempted a ‘relationship.'” Unfortunately, life and responsibilities got in their way.

Nevertheless, the media personality kept “[Four] years after i’m proud of the choices we made because we both have children we love and are very proud of.” She also complimented how Bautista “did it right” by prioritizing them.

Aquino said the mayor took a lot of patience on his part, and a lot of acceptance on hers to reach where they are.

“Trust me when [I] say – it is possible to [one] day be chill about a broken heart – because without it I wouldn’t have received lasting friendship,” Aquino realized despite their relationship failing.

She also had a “reality check”, acknowledging that she has not been successful in relationships.

“[B]ut [I]’m succeeding as a true friend & more than that, more than all our ‘accomplishments’ – I know we’re both the best parents we can be,” she stated. “And that WINS over everything else in this ever changing, temporary world.”

Aquino assured Bautista that she was a “true friend, and I’m 100% sure he’s mine.”

“They say you can’t move on to the next chapter of your life if you haven’t made peace w/ the last,” Aquino said, adding that she was “finally ready” for the continuation of her story.

And she still sees her future in a positive light: “I still have hope that a new character will be introduced because [I] do still deserve a love story w/ a happily ever after.” But she wants to make sure that new person is someone that “Josh and Bimb approved, of course,” referring to her two sons.

The two briefly dated back in 2014, which almost led to marriage. Aquino even said at one point that Bautista was her favorite ex, and teased each other that they should finally get married.  /ra

Kris Aquino, Herbert Bautista tease each other: ‘Let’s get married!’