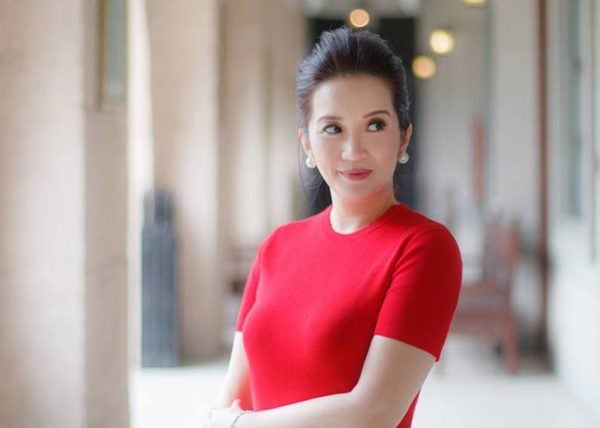 The Queen of All Media Kris Aquino had no qualms revealing who among her exes is her favorite.

She said, “My favorite ex is the one who gives all the permits in Quezon City,” Aquino was referring to actor and Quezon City Mayor Herbert “Bistek” Bautista.

She also gave her two cents as to whether a girl should give an ex a second chance.

“Parang ang dami talagang ‘no, never, not again, enough,’ kaya nga siya ex. ‘Wag ka mag-e-entertain ng anybody who ever accused you of being high maintenance. There’s no such thing as a girl who is high maintenance, there’s only no effort boys,” she said.

She said her statements in a promotional video for the newest iPhone ten or iPhone X uploaded on her Facebook page.

The video was titled “Should Kris give the eX a chance?”

It was in 2014 when Aquino first admitted that she and the mayor are dating but their romance was short-lived. Earlier this year, the actress caught the netizens’ attention with her birthday post for Bautista. /jpv