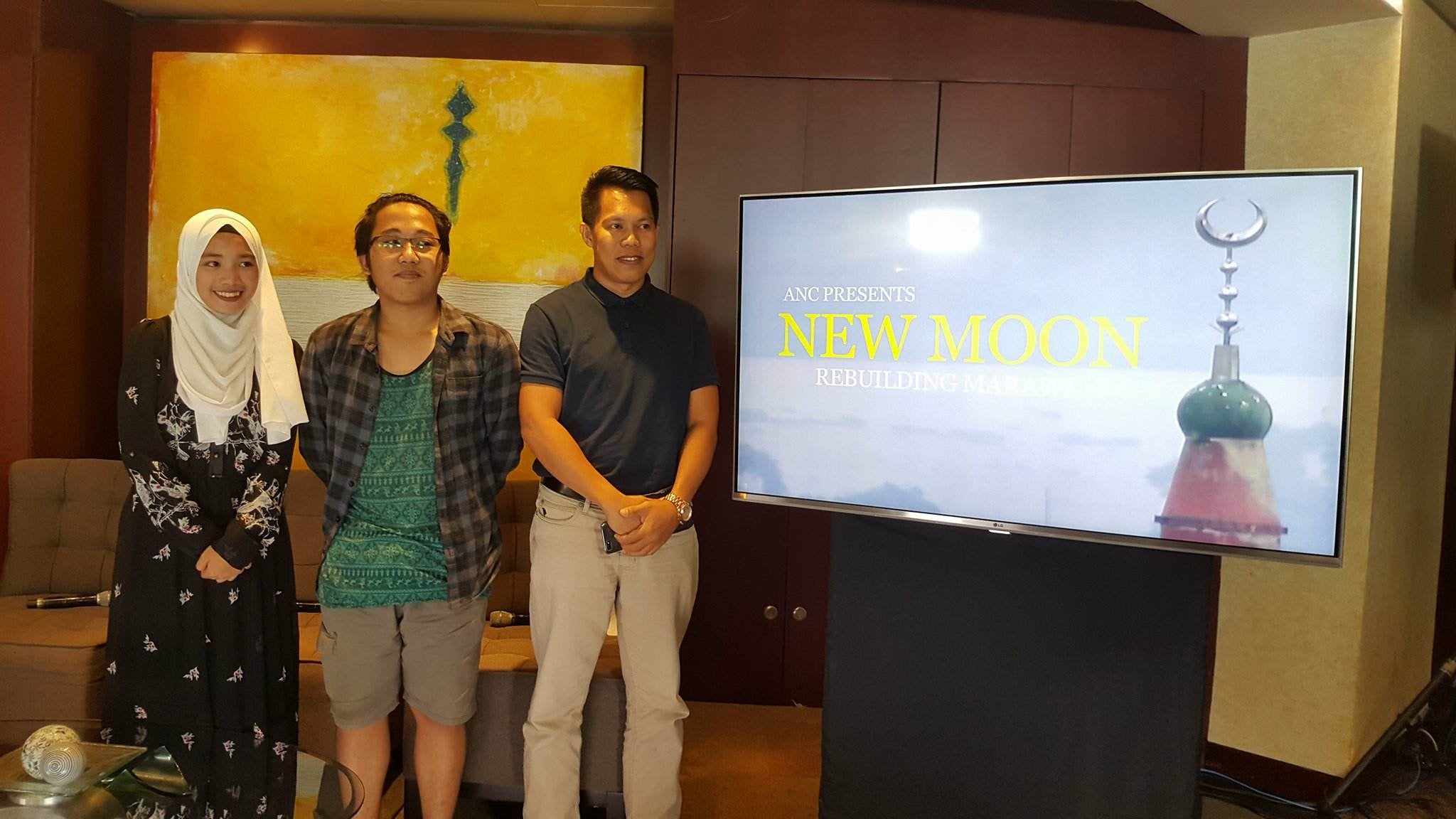 As the nation looks back to the siege that laid waste to the Islamic city of Marawi last year, ANC, the ABS-CBN News Channel, collaborates with filmmakers who have lived through the horrors of war to tell stories of heroism, struggle, and healing of the people of Marawi.

See Marawi from the lenses of four of its own young filmmakers on ANC’s “New Moon” series, which will air starting on Monday (May 21) within the time slots of “Early Edition,” “Top Story,” and “The World Tonight.”

Sittie, an AB Journalism senior is behind the film “Matou,” which is based on the story of Mastora “Matou” Dadayan, a farmer and fisherman living in a small barangay in Marawi City. During the siege, Matou’s wife and unborn child passed away leaving him alone to take care of their older son.

Geral, also a senior in MSU-Marawi taking up Developmental Communication, produced “Kanlungan” with fellow students. The film tells the story of teenager Zohmaya and her younger siblings, how they recall a simpler, happier life back when they had not lost their home and lived with different families in the aftermath of the Marawi siege.

Omar’s film “Suicide Squad,” meanwhile, tells the story of a group of rescuers trained for natural disaster calamities. Never in their wildest imagination did they think that one day they’ll be saving people in all walks of life — from terrorists who sieged their beloved city to their own loved ones.

Completing the list is Ali’s “Islam,” which he produced with his wife Sur. Their film tells the story of someone trying to make sense of these virtues amid living through the dire consequences of war waged by fellow Muslims in the name of Allah.

With the guidance and technical support of ABS-CBN journalists, these young men and women bring forth authentic and unfiltered stories from the ground that can enlighten and inspire the entire nation.

The four films will be put together into one full episode to be anchored by broadcast legend Tina Monzon-Palma and aired soon on ANC.

“ANC Presents: New Moon” will be airing on ANC and ANC HD starting Monday (May 21) during Early Edition,” “Top Story,” and “The World Tonight.”

It can also be viewed online via iwantv.com.ph or skyondemand.com.ph.  /jpv