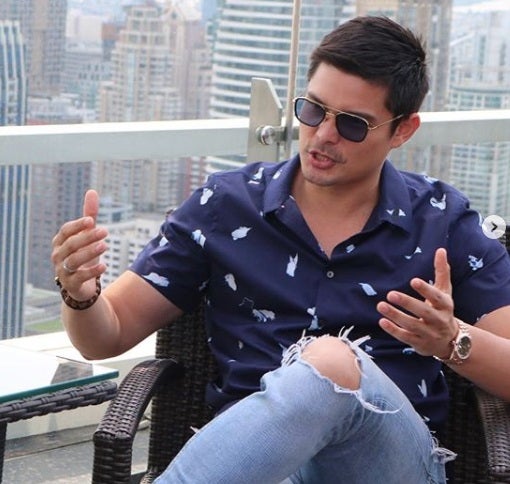 As the national elections draw near, hopeful public servants and re-electionists are slowly making their way into public view. Among the names rumored to take his chances for a Senate seat is Kapuso primetime king Dingdong Dantes.

However, he shunned commenting on the issue when he was asked by a group of reporters at the media launch of his upcoming film “Sid and Aya: Not a love story” last May 17, which he leads with fellow former “T.G.I.S” co-star Anne Curtis.

Meanwhile, other reports say Dantes would be running for a Congressional seat, however, nothing has been confirmed yet and the actor remains quiet whether he would eventually be stepping into the political arena.

Meanwhile, he continues on with his numerous showbiz engagements in both film and television.

“Sid and Aya: Not a love story” is set to hit Philippine cinemas starting May 30. /jpv