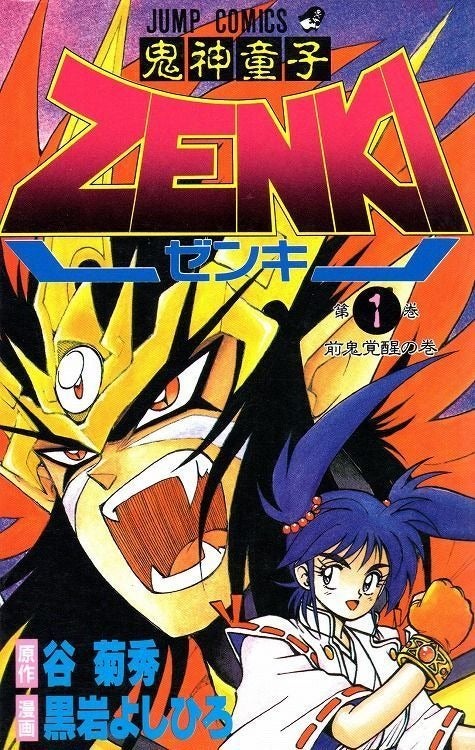 The illustrator of manga comic “Zenki” passed away on May 8 after suffering from a heart attack.

News of the manga artist Yoshihiro Kuroiwa’s passing appeared on his personal blog. His wife broke the news.

On the blog post she wrote that her husband’s funeral was held for relatives only. She also lamented at the suddenness of the incident, which delayed the announcement of the late artist’s condition.

However, Mrs. Kuroiwa requested that they be given privacy. She wrote that direct messages on Twitter and other inquiries will go unanswered for the time being.

Lastly, Mrs. Kuroiwa said the late author’s blog, 黒岩よしひろブログ (Kuroiwa Yoshihiro Blog) and Twitter account (@kuroiwa_yoshi) will be updated. The social media outlets will be left as is to pay tribute to Yuhiro Kuroiwa’s legacy.

“Zenki,” or “Kishin Douji Zenki” in Japanese, began as a manga comic written by Kikuhide Tani and illustrated by Yoshihiro Kuroiwa. The manga ran on the Shueisha publication “Monthly Shōnen Jump” from 1992 to 1996.

“Zenki” later received a 51-episode anime adaptation in 1995 produced by Studio Deen. The anime gained recognition in the Philippines in the late 90s when local TV network ABS-CBN broadcast a Tagalog-dubbed version of the show every afternoon.

Kuroiwa also worked with the animation team for the show’s art style.

The story of “Zenki” revolved around Chiaki Enno (Cherry), a normal high-school girl who happened to be the direct descendant of a powerful Bodhisattva named Ozunu Enno. Chiaki commanded the demon god Zenki and fought against the returning ancient demon Karuma (Karma), who was once defeated by Chiaki’s ancestor Ozunu.  /ra