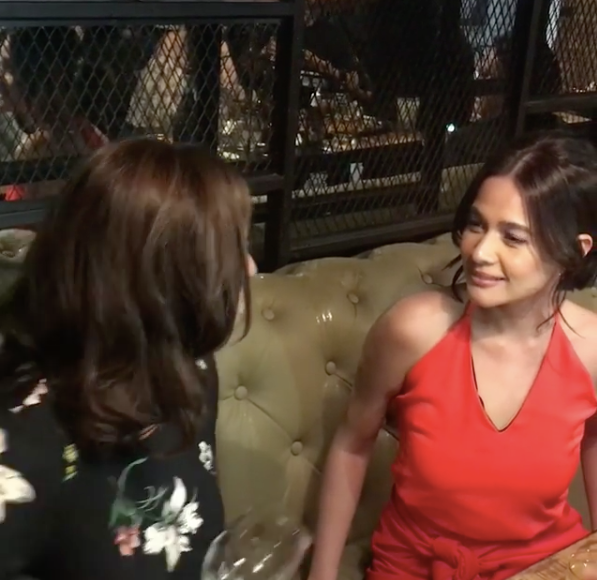 When a performance is so iconic, it never gets old.

This is true for veteran actress Cherie Gil’s historic scene in the 1985 smash hit “Bituing Walang Ningning” that she co-starred with megastar Sharon Cuneta. Over 30 years later, she then re-made this scene, this time with the actors of the movie “Kasal.”

Just as she did with the character of Dorina (played by Cuneta), Paulo Avelino, Bea Alonzo, Ricky Davao and Derek Ramsay all felt the wrath of Lavinia (played by Gil), when she consummated their role play by throwing water into their faces.

Veteran actor Ricky Davao was left with no choice but to swallow the water spilled on his face.

Directed by Davao, the scene with Avelino was just as specular as his, only his spilled water had ice.

Yippee! Hahha @paoloavelino #kasal ❤this video directed by none other than Mr. ricky Davao

A different scenario happened with Ramsay. He somehow escaped Lavinia’s ultimate villain weapon as he played Gil’s ally. He even joined her in spilling water over another target.

The lead star of “Kasal” seemed to have earned Lavinia’s pity. Alonzo was the only one who escaped being wet with Gil’s power water.