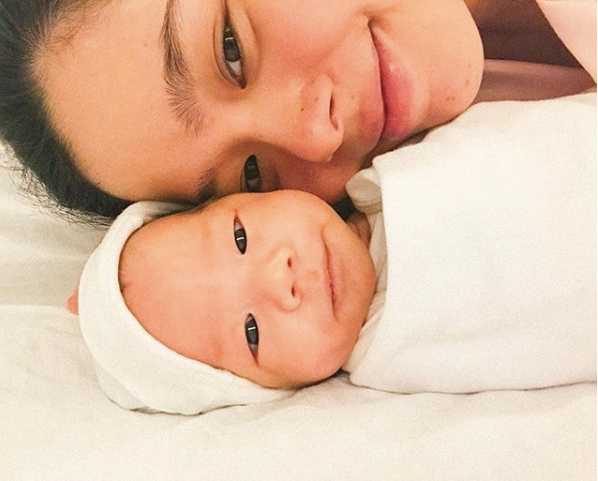 A month after taking her baby boy home, Saab Magalona revealed that her son, Pancho, will pay another visit to the hospital — but for a good reason.

The “Cheats” singer shared another photo of her baby — which has become a recent habit of hers — sleeping in her arms. But a bump seemed noticeable on the little one’s head, as seen her recent Instagram post yesterday, May 9.

Is there something wrong with his head? Magalona explained that the bump was an Ommaya Reservoir, which is “a small silicone catheter put under his scalp when he was just a few days old.”

“The reservoir was periodically tapped to relieve pressure on his brain caused by the buildup of excess fluids,” Magalona went on. She added that she was thankful for everyone’s prayers because he no longer needs the reservoir.

Magalona said the surgery for her baby will be on May 11. She also asked for more prayers for Pancho and his doctors.

Netizens expressed their support for Magalona and her baby, saying they are praying for a successful operation.

Magalona and husband, “Cheats” guitarist Jim Bacarro, welcomed Pancho on Feb. 8. The couple was expecting a boy and a girl, but tragedy struck as their daughter Luna passed away. NVG