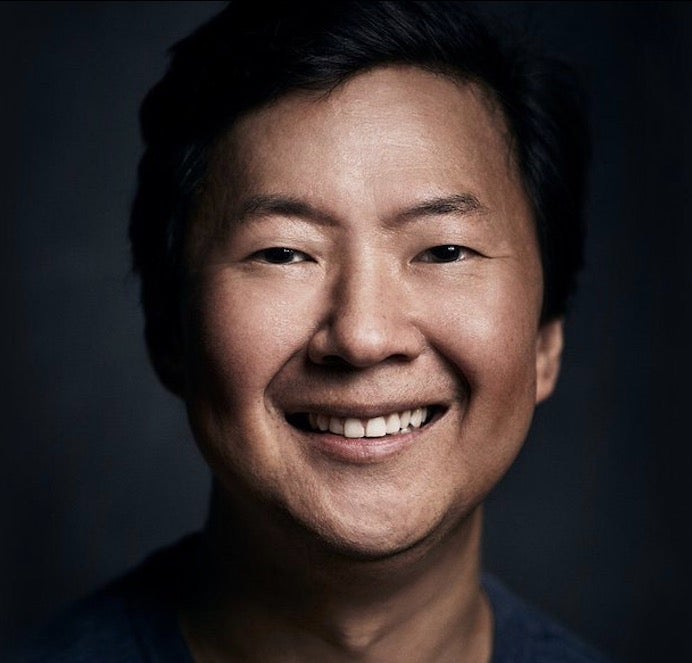 Ken Jeong got a chance to practice his medical degree at one of his shows when an audience member suffered a seizure.

The actor and stand-up comedian first thought he was being heckled by the audience during a show on May 6 at Stand Up Live! in Phoenix, Arizona, USA.

Moviegoers may remember Jeong as that crazy Asian guy in the movie franchise “The Hangover.” He also starred in a TV sitcom called “Dr. Ken.” But before turning to making people laugh, Jeong was a licensed medical physician.

Jeong later realized the audience had been calling for him to help 44-year-old Crysti Sammis, of Chandler, Arizona. Sammis has epilepsy and had a sudden seizure while enjoying the show with fiancé Andrew, reports USA Today.

“I felt a little faint, a little flush and warm,” said Sammis. “I laid my head on (Andrew’s) shoulder and I don’t remember what happened next,“ she added.

Sammis later recalled how Jeong stayed beside her and held her hand until paramedics arrived.

“(Jeong) was right at my shoulder, holding my hand,” she recalled . “He was very good, very comforting. He kept telling me ‘You’re OK.’ It made me feel safe.”

After Sammis was wheeled away, Jeong promptly went back on stage to continue the show.

Sammis also happens to be a big fan of Jeong. To her delight, the comedian continued to check in on her on the following days to make sure she was okay.

Audience member Heather Holmberg shared the incident in a tweet. She mentioned an emergency medical technician (EMT) was also among the audience that night and assisted Sammis with Jeong. 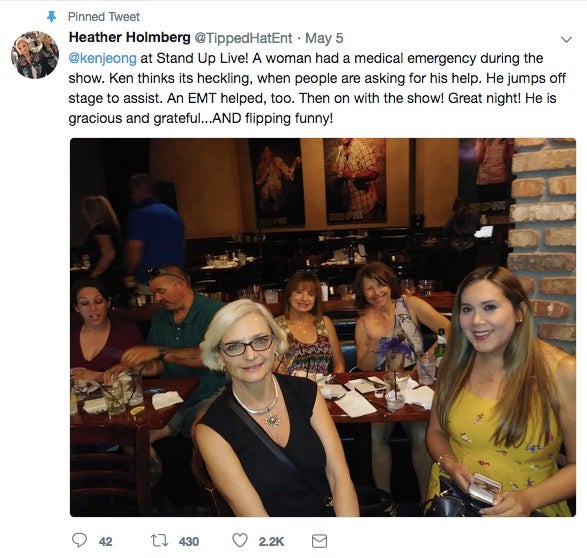 As a gesture to his fan, Jeong tweeted May 8 that Sammis and her family were welcome to see future shows free of charge. Alfred Bayle /ra 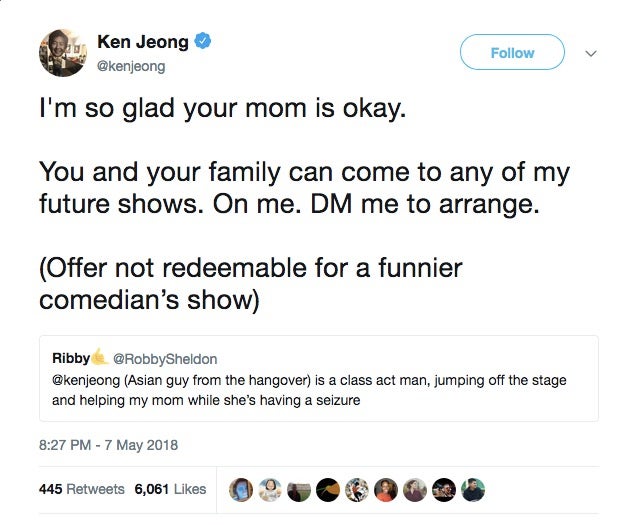