Party on! Bill and Ted back for another excellent adventure | Inquirer Entertainment

Party on! Bill and Ted back for another excellent adventure 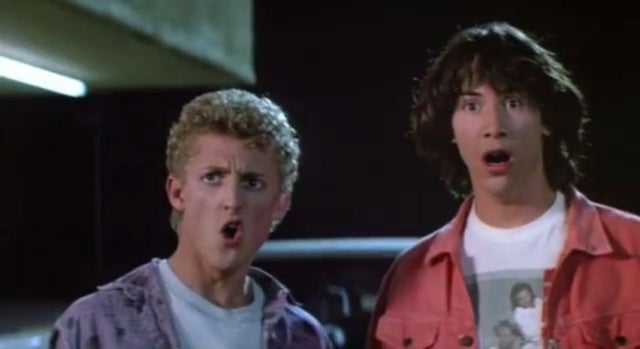 The international rights to “Bill and Ted Face the Music”, the third installment in the franchise, is being sold at the Cannes film festival by MGM, entertainment trade papers Variety and the Hollywood Reporter said.

Reeves and actor Alex Winter will reprise their roles as slacker adventurers Ted “Theodore” Logan and Bill S. Preston Esq., as now middle-aged dads bogged down by responsibility and in a musical slump.

But when a visitor from the future tells them that the fate of humanity is in their hands, they set out to save the universe with the greatest song ever written.

The picture, the first sequel since “Bill and Ted’s Bogus Journey” in 1991, has reportedly been in the works since 2007 and is now in pre-production, with Oscar-winning director Steven Soderbergh on board as an executive producer.

The series began in 1989 with the global hit “Bill and Ted’s Excellent Adventure”. NVG