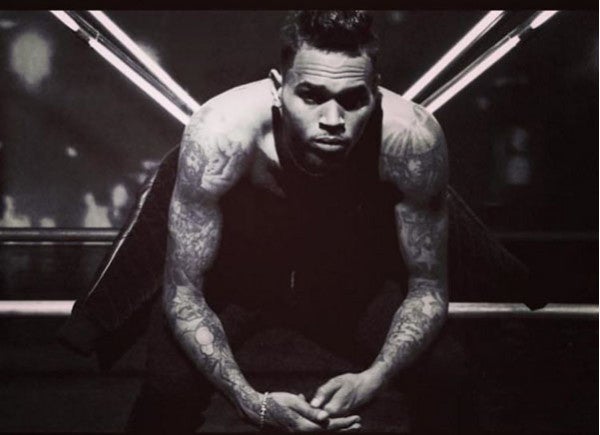 American singer and songwriter Chris Brown came under fire recently when he allegedly stole a comic artist’s drawing and reposted an edited version of it on his Instagram page.

Gabriel Picolo, a freelance illustrator and comic artist, took to his Twitter account on April 27, showing his followers screenshots of his drawing which Brown was said to have stolen.

“This one is unreal: Chris Brown went all the way to edit one of my drawings and report it on his 42 million followers account without credit,” Picolo wrote in disbelief.

This one is unreal:

The artwork in question was Picolo’s illustration of Teen Titans that he did for DC Comics back in January. In Brown’s version, he had the name of the drive-in, “Alfred’s Drive In” edited to “Black Pyramid”, which is the name of Brown’s streetwear label. 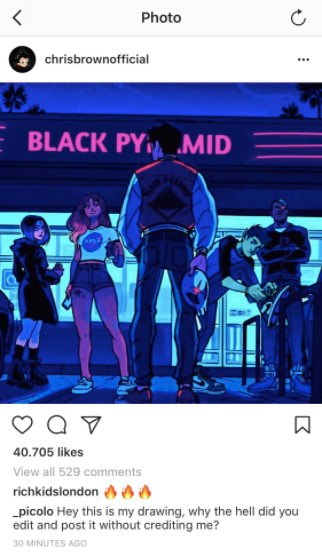 Picolo has made a name for himself by sharing his artworks online, amassing followers throughout the years. But although he has about a million followers in Instagram, it is still nothing compared to Brown’s 42 million-strong fanbase.

“I’m more shocked than angry, this kind of disrespect is coming from another artist. How can an artist have a 40 million followers audience and not be careful with this stuff,” Picolo continued.

It turns out, too, that this isn’t the first time Brown has used another artist’s work without crediting the artist.

“I remember him doing this to another artist and then when that artist asked for credit, he said something along the lines of, ‘You should be thanking me for posting it at all,’’’ replied a netizen, Qinni, on April 27, who is also a digital artist herself. “Nasty… I say blast him on Instagram too.”

“Wow what a scumbag,” answered Picolo.

Other Twitter users also reached out to Picolo, telling him that Brown just reposted the artwork, but it was a fan account that stole and edited it.

“Dude he’s the one with 42 million followers, he IS responsible for this,” argued Picolo. “Reverse image search doesn’t take 5 seconds. He didn’t even credit the fan acc?”

“Y’all realize that the original art by Gabriel had absolutely nothing to do with Chris Brown’s clothing line, right?? And I’m aware that he got it off of a fan account that had edited the pic, but he could’ve at least credited the fan account…” defended a certain Cyril.

“…You probably aren’t good friends with people who legit make a living off of art, who rely on commissions to live,” the netizen continued.

Meanwhile, the artists’ clamor may have reached Brown immediately, as the artwork has now been taken down from his Instagram page. “He deleted the post, thank you all for the amazing support,” Picolo said in another tweet on April 27.