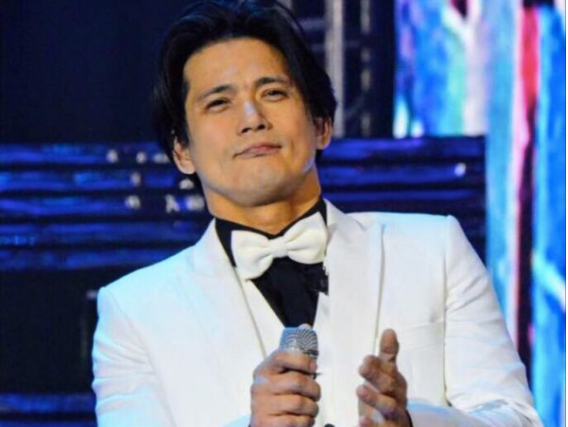 Robin Padilla was the subject of netizens’ ire once again for another “sexist” and “misogynistic” comment he dropped on the grand finals night of the “Pilipinas Got Talent” last Saturday, April 28.

It has not been a full month yet since April 1, when Padilla was slammed by critics for telling single mother contestant Kristel de Catalina that she still needed a man in her life; his comment was deemed unwarranted and unrelated to her jaw-dropping performance on a spiral pole.

(Kristel, you know, what you’re doing is dangerous, but I want you to know that no matter how many times I watch you perform, I don’t get nervous, because I know that you are so great, you are so talented.)

Catalina’s performance involved the spiral pole again, and at some point made use of a cloth-like rope where she dangled from with acrobatic finesse. In this particular routine, she had a male from below assisting her in moving the rope around. It was noted, too, that she performed to Celine Dion’s “All By Myself”.

(I just want you to know that I really like it that there’s a guy assisting you now. It’s a huge thing for me to see that you have a male assistant there below; he may not be next to you, but he’s still your assistant.)

Whether intentional or otherwise, Padilla somehow ends up shooting himself on the foot from time to time, as his words did not escape the exasperation of netizens, who zeroed in on Twitter last April 28 once more to criticize his comment to Catalina.

“Seriously, Robin Padilla’s comment on having a man in life (on Catalina’s performance) is really annoying me so much that I want to turn off the tv and write a letter to change him for the next PGT season,” a certain Mariciel Tubale said (@fluffymatu). “So unnecessary comment. #PGTGreatestShowdown.”

Seriously, Robin Padilla's comment on having a man in life (on Catalina's performance) is really annoying me so much that I want to turn off the tv and write a letter to change him for the next PGT season. So unnecessary comment. #PGTGreatestShowdown

“I agree. I think di nya sinasadya (he doesn’t do it deliberately) but he has this tendency to sound like downgrading women in his comments,” one Allen Isedenia wrote in response to Tubale. “Women these days do not need men to validate their abilities.”

“Some, if not most, of Robin Padilla’s remarks regarding women are sexist and are oftentimes discriminatory,” said another netizen who goes by the name Ben last April 28. “Sometimes, he spurts out misogynstic comments against women on live TV and labels them as “individuals who cannot live without men.”

(1) Some, if not most, of Robin Padilla's remarks regarding women are sexist and are oftentimes discriminatory. Sometimes, he spurts out misogynistic comments against women on live TV and labels them as "individuals who cannot live without men".

The netizen added: “…I do not know if he, Robin, is aware that he is sending a very wrong message to the people on live TV.”

Aware or not Padilla may be with his remarks, however, the fact remains: Catalina is the winner of “Pilipinas Got Talent” Season 6. After averaging 99 percent of votes from viewers and judges nationwide, Catalina was crowned “Grand Winner” with P2 million as cash prize under her name — and she did this all by herself.

The video of Robin Padilla’s comment to Kristel de Catalina may be viewed below. JB