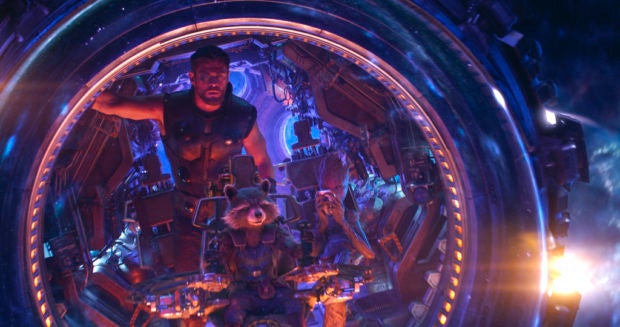 NEW YORK  — The superhero-stuffed “Avengers: Infinity War” is off to a super start, nabbing the fourth biggest preview gross ever and earning $95 million in 43 countries ahead of what could be a record-breaking debut in North America.

Marvel Studios reported Friday that the crossover event “Infinity War” scooped up $39 million domestically from Thursday-night previews, the highest preview title for a Marvel film and the fourth biggest preview gross ever.

It also has so far earned $11.4 million in South Korea, $10 million in Australia and $9 million in the United Kingdom, as well as scoring the highest movie opening in countries including Brazil, the Philippines, Thailand, Indonesia, Malaysia, Hong Kong, Vietnam and Chile. It opened in 21 countries on Wednesday and added 22 on Thursday.

Hollywood is watching to see if the film — featuring the Avengers and Guardians of the Galaxy — can smash the opening domestic weekend box-office record currently held by “Star Wars: The Force Awakens.” That film opened to $248 million in sales in its opening weekend in December 2015.

“Infinity War” is a two-part culmination of 10 years of story lines that began with Marvel Studios’ “Iron Man” in 2008. The second installment is due to be released in May 2019.

Where in the Philippines was a scene from ‘Avengers: Infinity War’ shot?

Read Next
Mamma Mia! ABBA make new music after 35 years
EDITORS' PICK
High inflation: Your P1 is now worth only 87 centavos
Geek out at TOYCON 2022 powered by Smart Signature
Unemployment rate up to 6% in May
UK’s Boris Johnson will resign, BBC reports
High-risk pregnancy: Reducing your risk is in your hands
House energy committee chair Arroyo bats for cheap electricity
MOST READ
Suspect in grisly killing of missing woman in Bulacan arrested
Kim Atienza’s daughter flaunts bikini body in response to critics of her ‘revealing photos’
Cop slain in Isabela ambush
FDA probes popular Filipino noodle brand for ‘high level of ethylene oxide’
Don't miss out on the latest news and information.