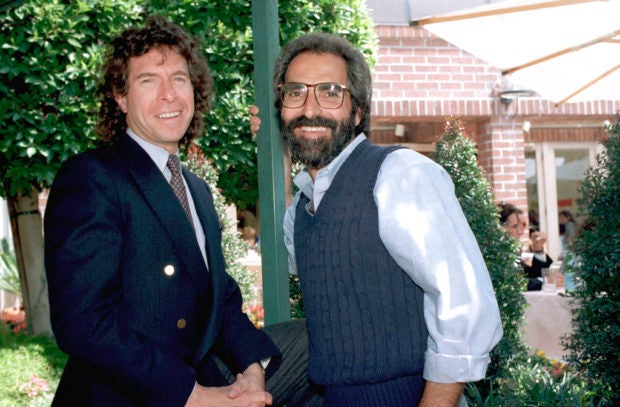 LOS ANGELES  — Paul Junger Witt, the prolific TV producer behind “The Golden Girls,” ”The Partridge Family” and “Soap,” died Friday, a spokeswoman said. He was 77.

He worked at Columbia Pictures before joining comedian-actor Danny Thomas’ production company in 1973, where he and Thomas’ son, Tony, teamed up.

In 1975, Witt and Tony Thomas formed a production company that later expanded to include writer-producer Susan Harris, who created “The Golden Girls,” the hit 1985-92 series starring Bea Arthur, Betty White and Rue McClanahan. Witt and Harris married in 1983.

Witt prized “A Better Life,” about a single father living in the country illegally whose livelihood and freedom are put at risk by the theft of his truck. Mexican film star Demian Bichir received an Oscar nomination for the role.

In a 2011 interview with The Associated Press, Witt said the story was inspired by a neighbor’s gardener, whose truck was stolen but who declined to report it out of fear of arrest and deportation. Witt, who pushed for years to get the film made, said he hoped it would prompt thoughtful discussion of a hot-button issue.

“If the film can be responsible for dialogue instead of screaming, then it’s a good thing,” Witt said. “I don’t care what someone feels about immigrants coming in (to the movie), but if they come out knowing they are dealing with people, they can still feel what they do politically — but know this is about people.”