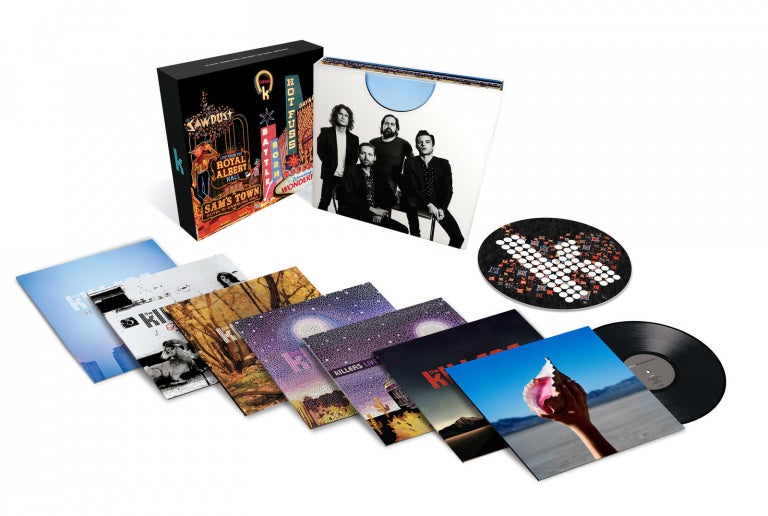 Las Vegas rockers the Killers have announced a vinyl box set that will include all seven of their albums released to date.

Called “The Killers Career Vinyl Box”, the set will be available everywhere in 180-gram back vinyl, along with a limited-edition 180-gram clear vinyl version; included in both packages will be a slip mat featuring the “K” from the band’s logo and imagery that evokes the lights of the Las Vegas strip.

Led by Brandon Flowers, the Killers formed in Las Vegas in 2001, and the collection begins with the band’s 2004 debut album “Hot Fuss”, which included the hit debut single “Mr. Brightside”, running right up through 2017’s “Wonderful, Wonderful”.

In addition to the studio albums, it includes the compilation album “Sawdust”, and exclusive to the vinyl box, the 2LP “Live from the Royal Albert Hall”, which featured two 2009 gigs at the London venue and was originally released as a live DVD.

“The Killers Career Vinyl Box” is due out June 15. Links to buy the collection will be available at shop.thekillersmusic.com. JB