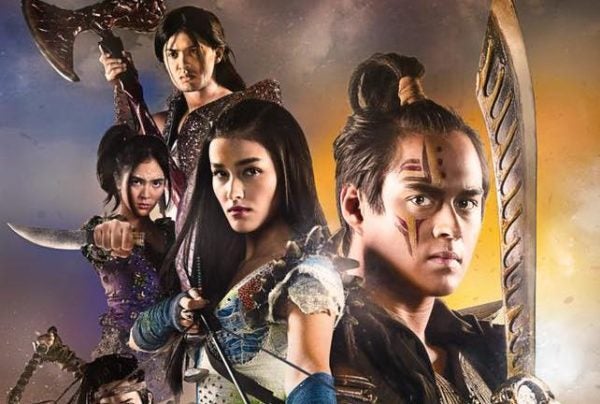 While the emergence of Kapamilya’s latest fantaserye “Bagani” brought much wonder and excitement to many, the show has been met with various issues and criticisms from many still.

“Bagani” has been slammed in the past for its mismatched casting in the series, where fair-skinned stars were darkened to portray “pre-colonial Filipinos.” And while “Bagani” head writer Mark Angos has since clarified on social media that the show was neither historical nor precolonial, it has also been criticized for its misuse of the word “Bagani” itself, which is an exclusive indigenous term referring to indigenous peoples in Mindanao.

Bagani’s episode last March 21 was not without criticism as well—this time with Kapampangans crying foul over the babaylan chant that was used in the episode. Actress Dimples Romana plays the role of Gloria, the babaylan (shaman) of the fiction world Sansinukob. In the episode, Romana was tasked to heal Lakas, played by Enrique Gil, of his injuries by chanting, “Mekeni mekeni tug tog do re mi” thrice.

The Kapampangan word “mekeni” means “come here” in English or “halika rito” in Filipino. It didn’t take long, however, until the scene was uploaded on YouTube by netizen Julio Que D’ezta last March 23, and was denounced by Kapampangans on social media who found the chant offensive.

Dondy (@dpgramos) took to Twitter last night to air his grievances over the chant. He is a Kapampangan and a history student at the University of the Philippines Diliman. “The chant used by the Babaylan in Bagani (mekeni mekeni tugtog doremi) hmm was it supposed to be funny? I don’t find it funny; as a student of history and as a Kapampangan, I actually find it offensive.”

“May padisclaimer pa ang ABS-CBN before the show only to disrespect our culture. This show is problematic,” added Dondy.

While the reaction regarding the “babaylan chant” used in Bagani has yet to be tackled by the people behind the show’s production, this doesn’t go to show that it wasn’t enjoyed by many. Its head writer Mark Angos took to Twitter last March 23 to express his gratitude for all the good feedback “Bagani”  has received thus far.

“Thanks everyone for all the feedback on Bagani. Writing is a tough gig, and television has its challenges. But to see you guys connect with the story and characters we’ve made is all we need to keep going, or in this case, keep writing. So cheers Kabags! And more to come!”  /ra