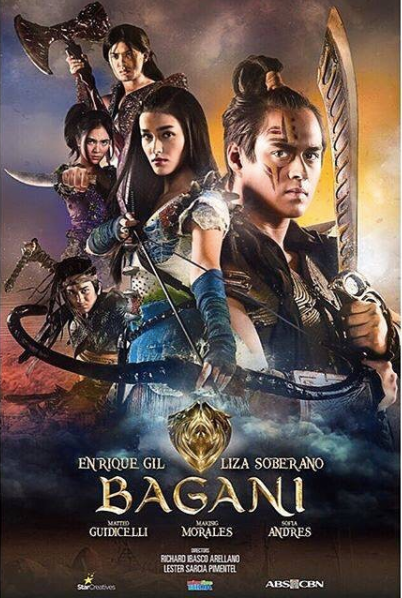 The new fantaserye “Bagani” seems to remain in hot water. After Commissioner Ronald Adamat of the Commission on Higher Education (CHED) requested for ABS-CBN to clarify its alleged misuse of the term ‘Bagani” last week, Chairperson Leonor Oralde-Quintayo of the National Commission of Indigenous Peoples (NCIP) has followed suit.

Atty. Erwin Caliba of the NCIP revealed via Facebook last night the statement of the commission. It said: “The Bagani is real, not a fictional and not even a mythological group of warriors which the ABS-CBN TV series would like to portray. Bagani is an exclusively indigenous term that refers to the peace-keeping force of the Manobo Indigenous Cultural Communities/Indigenous Peoples (ICCs/IPs) and other ICCs/IPs in Mindanao.”

“[Bagani is someone whose] prime duty is to guard the ancestral domain against any intrusion from outside forces that pose a threat to the indigenous peoples,” wrote Chairperson Oralde-Quintayo.  “It is a sensitive position and class not lightly ascribed to just any person and never to those outside indigenous communities.” 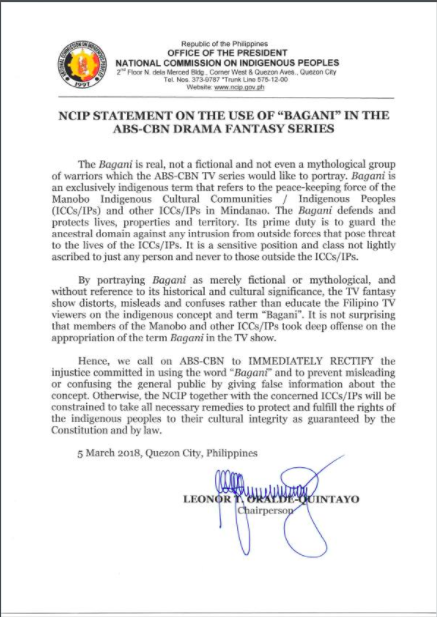 “By portraying Bagani as merely fictional or mythological, and without reference to its cultural or historical significance, the TV fantasy show distorts, misleads and confuses rather than educate the Filipino TV viewers on the indigenous concept and term ‘Bagani,'” Caliba explained.

Meanwhile, a few hours after Atty. Caliba’s post, the official Instagram page of ABS-CBN PR published a statement to address the “Bagani” controversy.

ABS-CBN explained that the concept of the fantaserye is “to feature warriors, protectors, and heroes who espouse Filipino values and beliefs.”

“With all due respect, the use of ‘Bagani’ is not in any way intended to malign or to disrespect beliefs of the Indigenous Peoples’ communities, but instead hopes to propagate the values, morals, and ethics that are inherent in a ‘Bagani’ — a Filipino warrior, protector, and hero.”

It also clarified that “Bagani” does not purport itself as a historical account of Philippine history or culture. 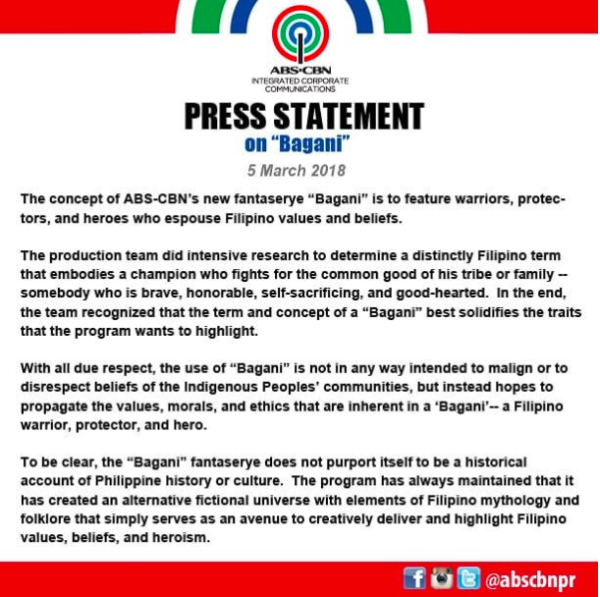 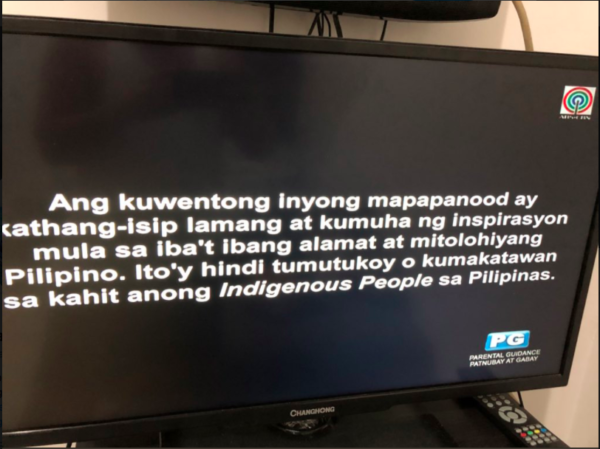 The disclaimer maintained that the the show is only fiction and was inspired by different Philippine legends and mythologies. It also said that the show does not refer to or represent any Indigenous People in the Philippines. JB

‘Bagani’ headwriter defends show amidst netizens’ criticisms on its colorism

‘Bagani’ teleserye under fire from CHED commissioner for misuse of term